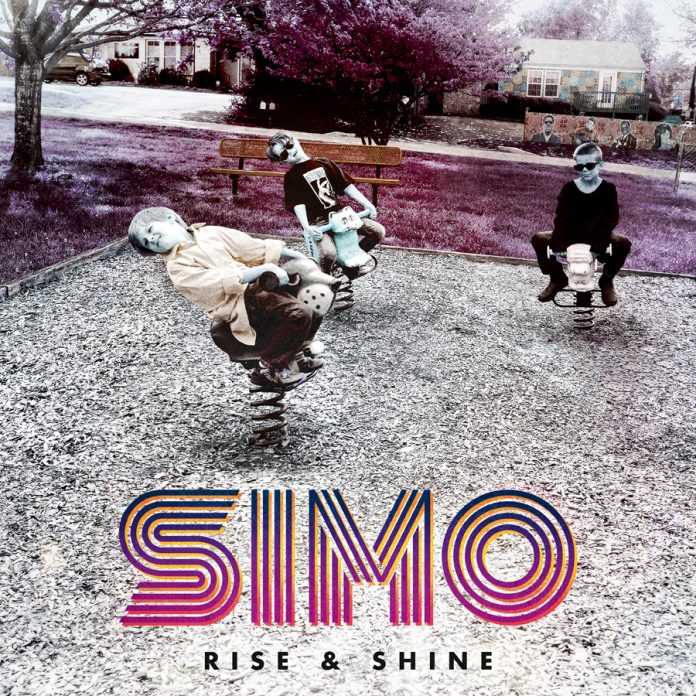 If, upon hearing “Rise And Shine” for the first time, your reaction is to go “blimey!” then you really aren’t alone.

Last years “Let Love Show The Way” was their breakthrough. A top ten billboard album, it finally saw JD Simo step out of the shadows (he’d played on 500 albums or more as a session musician) and make his own way.

Together with his bandmates, drummer Adam Abrashoff; and bassist Elad Shapiro, though, he had done it a certain way. Blues rock, with the odd psychedelic touch thrown in.

If you are expecting “….Way” MKII, however, then prepare for the shock of your life.

MV has racked our brains while writing this review and we honestly can’t think of such a left turn by a band – certainly in recent memory.

If “Return” with its stark backing and funky bass groove and strange sounding guitars is a clue that everything is not as it was, then “Meditation” is merely further confirmation. If this had been on Prince’s “Sign O The Times” era material then, really, it wouldn’t have been out of place.

Dark music for dark times, the first half of the album hurtles along with an immense sense of urgency. You can almost sense the foreboding on “Shine”, although this does possess a hook that most of the album does not.

“People Say” is that absolute final proof that Simo in 2017 is a very, very different beast. One that is very much looking at experimentation as well as much more contemporary lyrics. “I heard people say, son are you gay?” is a strident, jarring first line and the riff here is as heavy as you can be without straying into metal when it kicks in.

An album with very little to do with the blues of Simo’s past. “Don’t Waste Time” marries the odd old school lick with heavy soul, “I Want Love” on the other hand is the type of soul filled ballad that is designed for the lonely everywhere at the end of the night when you’re scrolling through your phone book for the number of any ex you can find. Even here though, the music doesn’t quite do what you expect, as if it was designed to deliberately set you on edge.

“The Climb” is essentially – give or take the odd bit of spoken word – an instrumental. The type you can imagine Joe Satriani doing rather than Joe Bonamassa though.

It also marks a kind of watershed in the album too, given that most songs after it are meandering epics. “Light The Candle” is perhaps the most like the last album, but it’s heavier and more involved even still.

“Be With You” is probably the most immediate thing here, and there is beauty in the simplicity of the lyrics. It contrasts wonderfully with the acoustic “The Light” during which Simo’s vocals are so fragile the track sounds like it will break as the music recalls the Leadbelly classic “Where Did You Sleep Last Night”.

“Rise And Shine” saves its most ambitious and longest cut for the end. “I Pray” is more or less a prog rock song as Simo give vent to all their thoughts on modern society in what amounts to their own State Of The Union” address. “I pray for those in power,” says JD at one point. “that their narrow judgements don’t bring about our darkest hour.” And that, basically is the standpoint of the album and why, perhaps it sounds the way it does, as if trying to find its voice in the chaos.

It would be wrong to say that the whole album worked perfectly, and there is no doubt either that it is challenging in a way that Simo’s other work has not been. But it is never less than compelling and the statement it contains is clearly something that the band needed to make.