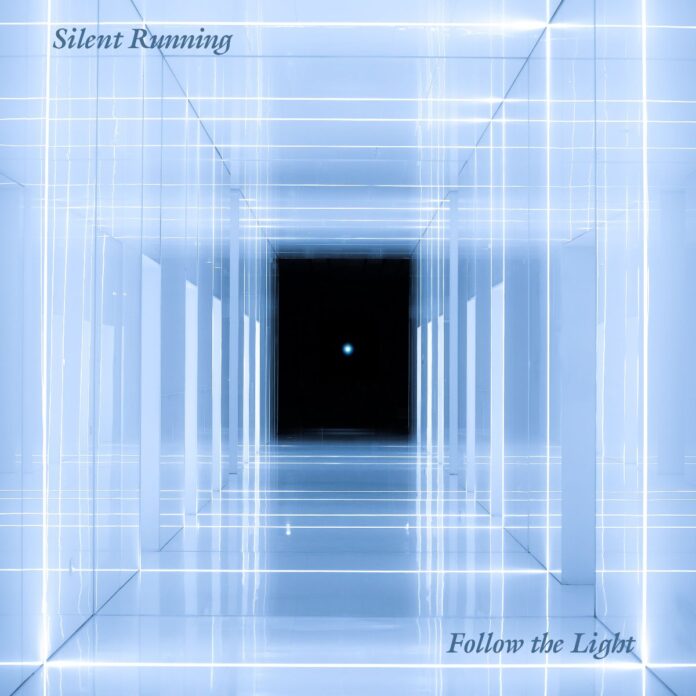 Silent Running release ‘Follow The Light’ their fourth studio album and the first for thirty years.

The Northern Irish rockers are marking their 40th anniversary this year, having been largely inactive since 1989. At the height of their career, the band toured with the likes of Talk Talk, Simple Minds, John Foxx, and Robert Palmer and appeared on iconic music TV show The Tube. Now original members of the band Richard Collett (bass), Peter Gamble (vocals) and Tony Scott (guitars) have reunited, with Gary Kirby on drums and Paul Rocks on keyboards.

The album opens with `Live Right Now` inspired by singer Peter Gamble`s wife`s encouragement to Carpe Diem or seize the day before it`s too late. It`s an anthemic, potent introduction with some blistering guitar riffs and sweet harmonies. The band are donating all proceeds of `Darkest Hour’ to raise money for the Red Cross effort in Ukraine as the song has been released on a digital download. It begins with a pounding drum beat and thumping bass  and as it progresses we have rousing vocals seeking light in difficult times, a positive optimistic plea during challenging times.

`Beyond Your Wildest Dreams` is a rock number encouraging a partner to join them for a better future which may seem more imaginary than practical which is no bad thing. There were some nice keyboard tinges and enchanting vocal harmonies throughout. There`s a much more laid back quite thoughtful and reflective musing with title track  `Follow The Light` which could be interpreted as spiritual or just inspirational, an encouragement to follow your dreams.

`Love Is A Bloodsport` returns to a more anthemic offering a number that to me is made for sharing live. A thumping, powerful submission where the whole band comes together with keys, drums, bass, guitar riffs and soaring vocals. A more mid paced rock offering follows with `Golden Days` a fairly contemplative piece reflecting on times gone by and encouraging a partner to remain true. There are rising, towering vocals at times and a guitar solo before the number slows to an almost halt in proceedings before resuming its path.

`Swansong` is usually the final performance or activity of a person’s career. Here it`s a stripped back reverie with vocals, synth keys and an acoustic guitar and lyrics that appear to be questioning, possibly reflecting on the end of a relationship, and maybe hoping that this one wasn`t their romantic swansong. There`s a touch of melancholy shared towards the end. A police siren announces the arrival of `Shadowland` with its guitar riffs and pounding drumbeat as vocals join in on this quite edgy rock out. I can imagine the band getting together and saying “Let`s just blast one out”.

`Lost Boy` is more carefree, a mid-tempo outing and  another that would work well in a live setting with its  impassioned vocal delivery. There`s an intricate repeated grinding guitar riff throughout most of `Wildfire`. It almost teases that it`s going to take off which it does but in a more subtle tasteful and restrained manner than anticipated.

The album closes out with `Tonight This World Belongs To Me` with a shook tambourine or percussive instrument. A number that evolves as it develops and becomes delightfully anthemic, a real arena rock composition.

‘Follow The Light’ is a cracker and it felt like Silent Running have never been away. Time could be spent questioning why they haven`t released anything for thirty years but there`s little point and i`m inclined to just say, “Welcome Back”. The band, here, prove that they have lost none of their desire or ability to write memorable melodic tunes.

If you`re a fan of Stadium rockers such as INXS and Simple Minds, give these guys a listen.

I guarantee you`ll be pleasantly surprised