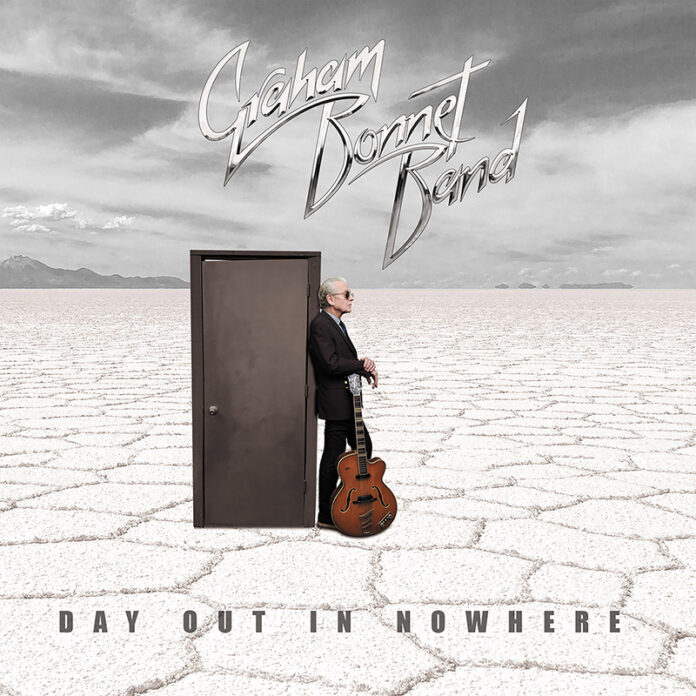 In the spring of 1988 I was round a mate from school’s house and his big brother, who was a few years above us, hands me a tape and says “you’ll like this”.

Guns N Roses’ “Appetite for Destruction” is still my favourite album to this day.

A year or so later, I was back round there with some of the kids in my class and he pressed play on the video recorder, to reveal a home made film of his mum and dad doing things they probably didn’t want a load of 14 year old boys to see. Of course, we promised him that we’d not tell a soul the next day. By 8.45am (we started at 8.40) there wasn’t a soul who wasn’t aware (and of course, no one reads this website 30 odd years later).

This, in truth wasn’t a memory I expected to be recalling, but you can blame Graham Bonnet and the fact that the fella doesn’t write songs like anyone on the planet. To whit, there’s one called “David’s Mom” on this, which sees GB popping round to his mate’s to catch his mum doing all kinds in stockings, suspenders and a garter belt.

This is just one of a collection of tunes on “Day Out In Nowhere” which are resolutely unlike any metal song you’ll hear elsewhere. He did something similar on 2018’s “Back In The Garage”. Here, he’s dialled that up to ten.

“Twelves Steps To Heaven” is brave. Dealing with the 12 Step Programme, he concludes “I thought I could do this on my own”, and there’s more than a touch of Dream Theater about it, and even the opener “Imposter” is riddled with self doubt. “The stranger, reflecting, that man is me”.

This isn’t some self-help manual, mind you. Rather it’s a metal record, just done on its own terms.

And with a serious array of special guests. Roy Z is all over the brilliantly stomping “Brave New World”, but the star of the show on that one is the keys of Alessandro Bertoni.

Even away from the guests, this is a hell of a band.  Their third album together means there’s a real chemistry, and when it comes together on “Uncle John”, then it’s a soaring thing to behold.

The title track changes tack a little, something a bit more mellow, but the natural ball park of this is rather the prog metal tinged “The Sky Is Alive” on which Mike and John Tempestra both add something.

“When We’re Asleep” is a bit of a New Wave Of British Heavy Metal flavoured thing. You can imagine Saxon doing it, and while Don Airey’s presence is always welcome, it is especially so on “Just A Fricken Song”, which deals with writers block in an original way.

The final special guest is Jeff Loomis and he ensures that “Jester” is perhaps the heaviest thing on offer, but the last one “Suzy” has a full orchestra, and my goodness, its gravitas is poignant. Lamenting the death of a loved one with the words: “with the hands of an artist, she painted his world.”

Maybe not what you expected, but then, on this record its best to have expectations. Like a video player in 80s suburbia, its got hidden treasures and you’ll enjoy the surprises. “Day Out In Nowhere” is more evidence that there’s no one quite like Graham Bonnet.