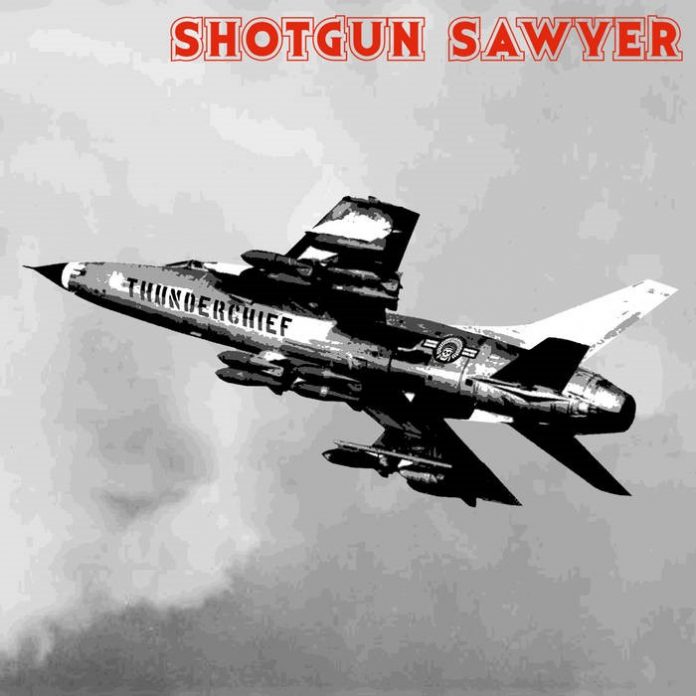 An MV first. Two reviews. One page. Over to Bernard

For me the jury is still out on Social Media. It has its plus points but there are plenty of negatives as well, not least of which being the constant bombardment of adverts for things they think I might like. However one big plus as far as I am concerned is that new Bands are able to target prospective listeners based upon a track record of liking similar music. California’s Shotgun Sawyer are the latest of these to find me and when I checked them out back in February, the music blew me away.

Thunderchief is their first album release and like all bands these days, it was self-financed and produced, of which they, along with Engineer Patrick Hills, have done an excellent job.

So what does it sound like? Well, imagine Jack White decided to make the rock album you always wanted him to do but decided to get Bob Balch of Fu Manchu in to help, then you’re getting somewhere near.

‘Skinwalker’ opens the album and it’s a 60’s garage style MC5 romp – not at all typical of what is to follow. ‘Sudden Death In The Flesh’ could well be the song that costs me my Driving License – it thunders out of the speakers with a cacophony of drums, guitars and yelped vocals.  ‘Lawman’ starts with an acoustic blues intro which leads to a full rock assault – it’s the sort of quiet and loud blues rock number that Led Zeppelin made their own – high praise indeed. ‘That’s The Working Man’ sounds like it was discarded from the recent Iggy Pop sessions with QotSA because it was too good –it is another brilliant track. ‘I’m A Bad Man’ would be perfect for Jack White’s Dead Weather project, as would ‘Gravedigger Dan’ which follows. ‘Nothing Left To Lose’ is a little slower paced with plenty of blues licks and it fits well with the songs around it. ‘Soldier Song’ has some brilliant fuzzy sounding guitar riffing to contrast the slow acoustic blues verses and is a stand-out track. ‘Left For Dead’ is a New Wave style punk thrash, ‘New Meat’ is a similarly aggressive song with a funk feel before the album closes with ‘Strawberry Jam’, a song delivered in a more Jack White way than Jack White could manage himself!

I’m at a loss how a Band can produce something this good for a first album and also why I appear to be the only one in the UK that knows about it? So help me out here people, give them a listen and then I won’t be on my own any longer. 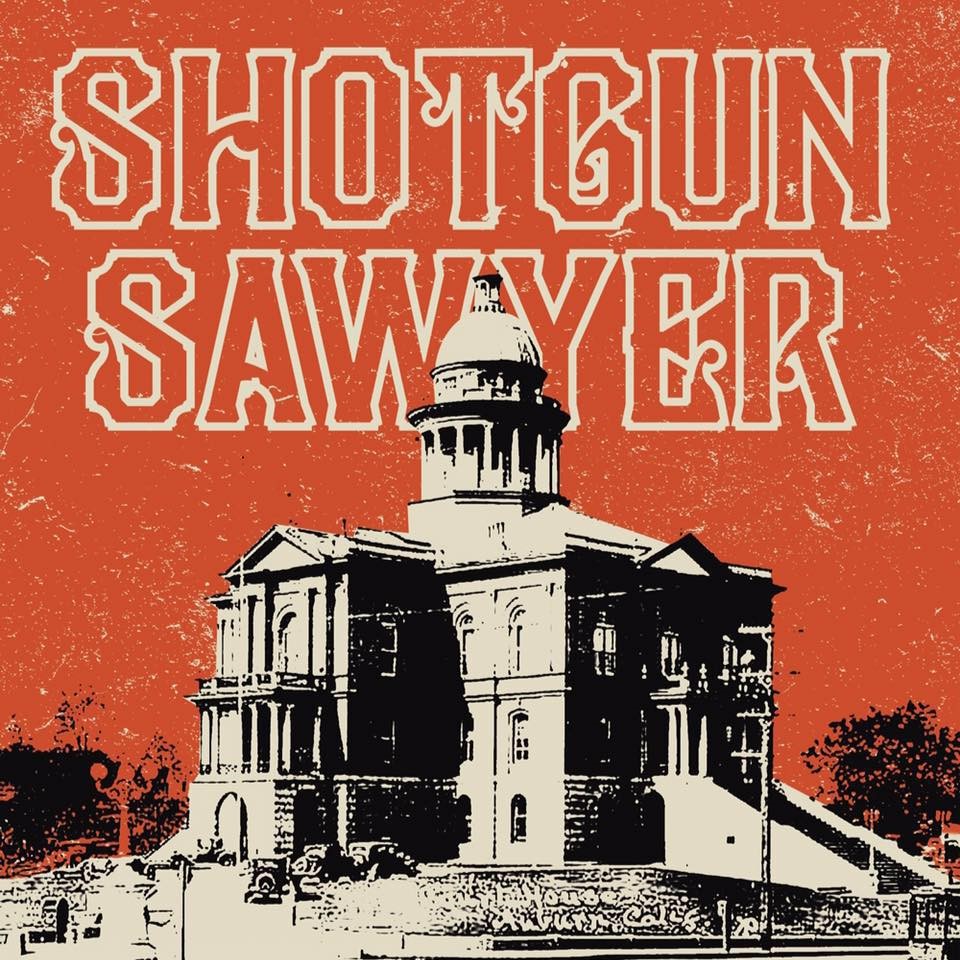 SINGLE – YOU GOT TO RUN

Hot on the heels of this year’s excellent Thunderchief album, Northern Californian band Shotgun Sawyer have been back in the studio and now release the single ‘You Got To Run’. Musically this song has a stoner rock groove right out of the Kyuss songbook. The only respite from the rock solid groove is when it almost morph’s into ‘Young Man Blues’ halfway through before getting back to where it started. The song rocks and is a great showcase for this up and coming band.