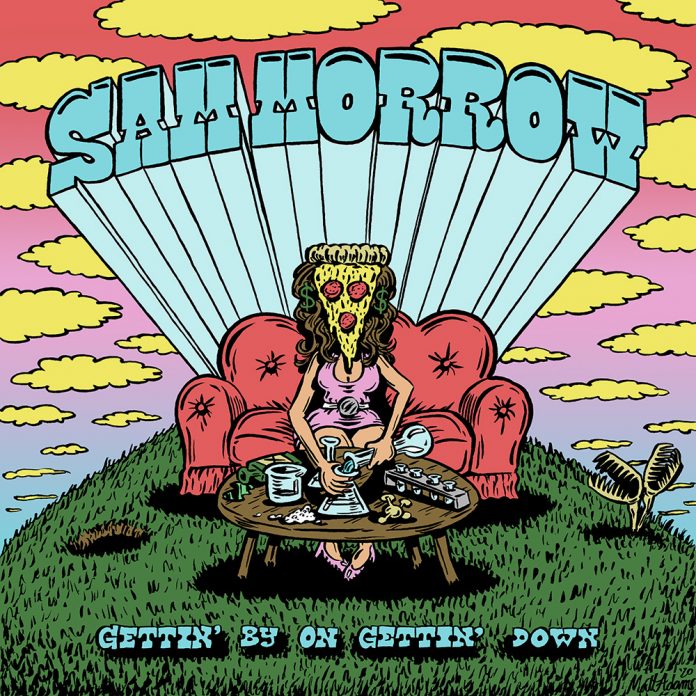 One of my favourite things to do – at least before Match 2020 happened – was to sit in my house on a Sunday night, if I wasn’t at a gig, and look down the listings at the local venues to make sure I wasn’t missing anything the following week.

Loads of times I found some great stuff, and saw some fabulous shows. They’d usually involve a text to a mate along the lines of “Check out [insert name here] he’s at [insert venue here] sounds pretty cool, might go.”

Then you’d get the record on Apple Music, listen to it, buy a ticket and go. Ok, when I wrote the review for the gig it never actually said “I’d only heard him two days ago” but then you can’t let daylight in upon magic, can you?!

Which is, essentially, the story of how me and a mate ended up in one of my favourite rooms on planet earth on 11th June 2019 watching Sam Morrow and his band. My review actually said “his most recent album, ‘Concrete And Mud’ came out a year or so ago”. It didn’t say “and I listened to it for the first time on the way to work this morning”, but I am so glad I went. It truly was a fabulous record and it truly was a fabulous night.

One which, actually, provides a reasonable signpost for “Getting By On Getting Down”, because during that show, he’d played a cover of “Sharp Dressed Man”. One of my very favourite songs, and he and his superb band had still found something new to say with it. These nine songs are loaded with more southern rock groove than before, as if as a reaction to playing those type of covers.

And, a little more prosaically perhaps, it was the type of night (and they seemed the type of guys) who were doing this merely because they loved it. They hadn’t want to do it, as it were. They had to. That’s a massive difference, and these songs are shot through with that spirit.

Not least the Credence like strains of “Money Ain’t A Thing”. “All I need is my geetar,” he sings and my shit kicking band”. This record doesn’t get made without either – but also the spirit that it invokes.

“…Getting Down” is a different record to the last one. That much is obvious from the opening of “Rosarita”, grooving with a real funkiness, think bands like Molly Hatchet here rather than those that seemed the more obvious contemporaries) and the three minute gloriousness of the title track is as much fun as you can have in a honkytonk. Blackberry Smoke will be jealous of it, that’s how good it is.

And of course there’s an Allman Brothers influence – and so there should be! It’s all over “Wicked Woman”, which sounds genuinely timeless. There’s a dirty, sexy flavour to the hip-shaking here, “Make ‘Em Miss Me” adds piano and some really interesting percussion to the mix too, and is a proper highlight.

Put simply, if you have ever loved rock n roll that comes from the south, then there’s something here for you. “Round N Round” isn’t even hiding it is love for – and debt to – Skynyrd, while “Sit Crooked, Talk Straight” has the air of something Elvis might have done in his leather clad ’68 phase, as it takes the two-faced to task.

There’s nothing fake here, not even a little bit, which makes the bass of “Golden Venus”, so good and if the rest of the record has barely had an acoustic thought in its head, then “I’ll Think Just Die Here” nails the singer songwriter thing too. World weary, yet stoic, it merely underlines the incredible talent on show.

As I am writing this at Christmas, it kind of seems that the first time I knew I loved “Southern Rock” was when I got a compilation tape in the late 80s as a present and it had “Keep Your Hands To Yourself” by The Georgia Satellites on.  Whatever led Sam Morrow to this album, there’s no doubt that, when you get down to it, he’s one of the finest exponents of the sound right now.