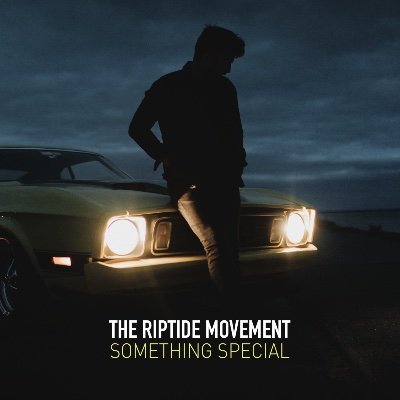 I can’t even remember how I came across Dublin’s Riptide Movement. I was probably bored and searching for the next thing I was going to love – whatever, it was their debut “What About The Tip Jars?” record was rollicking good fun and set them on a journey from being buskers on Grafton Street to number one stars in Ireland.

They are a serious deal there too, I remember being just about the only English bloke in the crowd as they played Birmingham a few years ago.

“Something Special” is a neat little 5 tracker – their first record for a few years – and one which sees to exemplify working class frustration. “Is This What We’re All Living For?” Is a riotous opener, screeching rock n roll. “All I really know is we’re just slaves…..” sings Malachy Tuohy, before musing, quietly: “I don’t wanna be like John and Kathleen, working all my life for a grand old headstone……”

With that there’s a pause and a riff that kicks in to suggest – no, make that underline – that these boys want more.

The remaining four songs prove that too. “I’ll Be There” is an arena rocker that sort of recalls Stereophonics third record, while the title track – and this makes more sense in my head than on the page – has a bit of Thin Lizzy jamming with Black Rebel Motorcycle Club. It is a pulsing rhythm like the latter, but is also widescreen good times like the former.

“Where Are You Now” is interesting, dark, beguiling, but all the time with an eye on stadiums with a touch of U2 about it.

It is reflective too. “Don’t know where the years go…..” it offers plaintively, a theme that the last one here, the piano led “All I Ever Wanted” continues. Evocative, almost poetic lyrics, and withthe mournful music, it is but another superb song on an EP full of them.

Each one, though, is strikingly different, and shows a band that refuses to be pigeonholed, but also are magnificent songwriters.

There is, to cite the cliche, something of “the biggest band you have never heard of” about them, I suppose, but surely “Something Special” must change that? Whatever, it is well named.