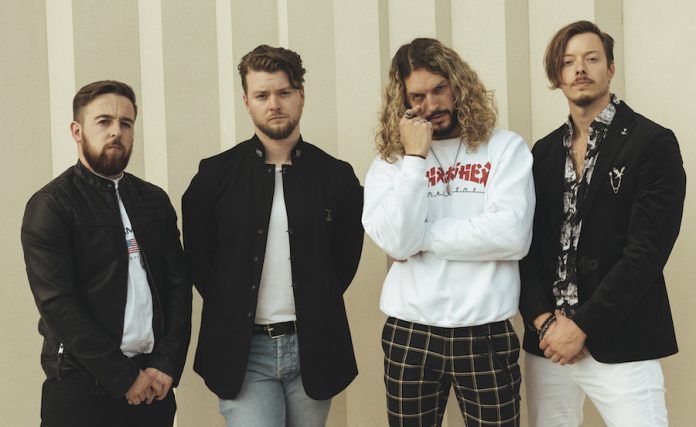 Following the success of their previous single ‘Paddy’, alt-rock band Late Night Legacy are set to release ‘Blame’ October 18th. Having shared the stage with Duran Duran, played Camden Rocks, Kendal Calling and headlined Monmouth Festival in front of 8,000 fans, the collective are no strangers to the industry and return stronger and stronger with every release.

When asked about the track, Late Night Legacy stated: “The song is about wanting something badly enough you are willing to lose everything for it. Accepting blame for the loss of one relationship over another.”

With support from multiple BBC Introducing shows across the country and named “Ones to Watch’ by BBC Introducing Cumbria, the collective were awarded “Best Band of Wigan Live Festival” and voted Artist of the week by Richer Sounds.

Taking their cues from the likes of Bring Me the Horizon, Nothing But Thieves and Rival Sons, their sound is high energy alternative rock. Having worked with Sugarhouse Production for the single, ‘Blame’ is set to be their strongest release to date.

‘Blame’ is set to release October 18th on all streaming platforms.