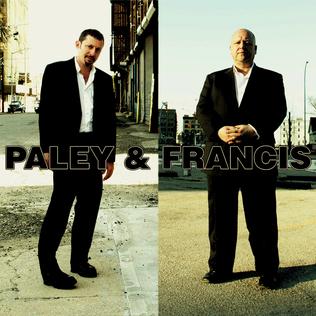 If you don’t know the key things you need to know about Black Francis by now then perhaps a touch more research and investigation is required.  The Pixies frontman is a certified legend who pushed the boundaries in both his band and his solo work.  It may, however, be a little more understandable if you are not quite as familiar with Reid Paley, so allow me to introduce him.

New Yorker Paley was the vocalist and guitarist for the Pittsburgh’s post-punk blues band The Five who lasted for only a short while but made a significant impact in the Pittsburgh/Boston scene in the 1980’s.  Since he has formed his own trio and done numerous solo projects.  His musical link with Black Francis goes back to when Francis produced Paley’s first solo album Lucky’s Tune which was released in 1999.  They are also connected via Eric Drew Feldman who has produced albums for both.  Paley has also supported Francis on solo tours numerous time in the late 1990’s and early 2000’s and also co-written a number of tracks that have appeared of Francis’ solo records.

So, to the album, which kicks off with the Francis-penned “Curse”.  A beautiful Motown-esque bass line belies the venom of the lyrics as a thick slab of Americana plays out.  There is more than an echo of Tom Waits in the voice of Paley and slow-tempo piano-led honk of “On the Corner” brings that out more than ever whilst “Ugly Life” is a departure of sorts but retains that sardonic tone that permeates throughout the album.  The jangly guitar work on “Praise” brings to mind Transformer era Lou Reed and could well be an outtake from said album.  Trust me, that is high praise from this scribe.

Recording the album in Nashville, Paley & Francis had the pleasure of recruiting Muscle Shoals legends Spooner Oldham on piano and David Hood on bass for the album and they both get moments to shine whilst not taking the spotlight away from our two protagonists.  Overall this is an album that improves with repeated listens and its pretty darn fine when it first hits your ears.

“Happy Shoes” is the delightful album closer, well as delightful as these two dare be on record,  with its sweeping melody and refrain.  Not all pairings have been a success in the rock genre but it’s fair to say that you can chalk this one up as success…..and then some.

More thanks and kudos to Matt at Savage Gringo for the vinyl. Get the album here https://smarturl.it/BlackFrancisVinyl