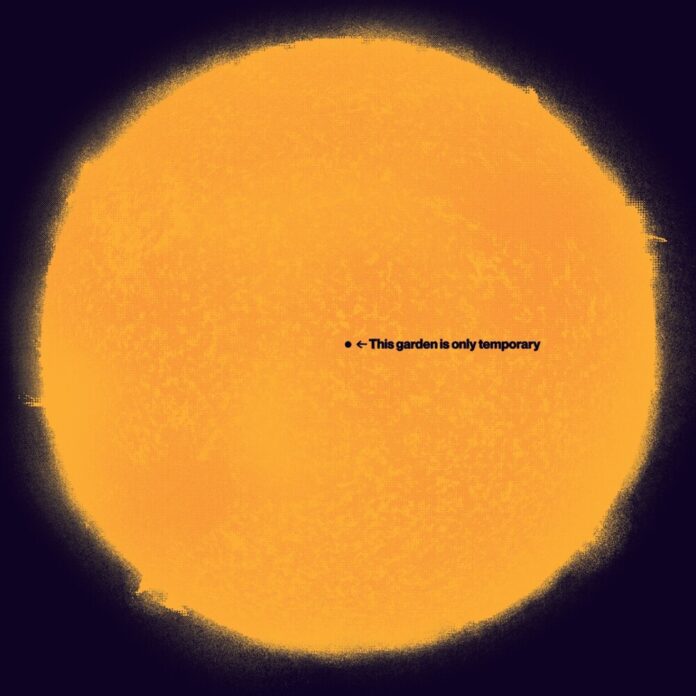 Andy White is a Belfast Singer-Songwriter, Poet, Author, Raconteur, and all-round nice guy who lives in Melbourne, Australia these days. I can vouch for this as he usually heads over once a year to my home town of Birmingham and plays the intimate oasis that is the Kitchen Garden Café. He usually has a new album which he`s happy to sign and will sing a few favourites from his back catalogue, as long as you ask politely. He was due this month but with the pandemic, that has been postponed for a further twelve months. The only ray of sunshine on the horizon we have is that he has a new album `This Garden Is Only Temporary` released this month. Andy has said about the album “It started off with someone arriving in a new place and is the story of what happened next. There are meetings, dreams and adventures, all happening on a tiny planet spinning around the sun”.

The album opens with `Another Sunny Day` and it has a quite jazzy summery feel. It begins with piano keys, saxophone swathes, strummed guitar and the singer relaying his hopeful message in an almost spoken word format.  A steady drumbeat joins as the vocals drift from spoken to sung. It continues somewhat bright, breezy, and almost dreamy with its optimistic outlook. There`s a delightfully fuzzy guitar riff that leads us into and through `Tell It How You Feel` a thumping tale of almost a day in the life of this folk singer and all that happens. It closes out with some cracking saxophone blasts accompanying the singer, which is almost a prerequisite for all great rock n roll tracks.

`Everything’s Turning White` is a quite introspective musing and wonderfully poetic, which is almost a trade mark of this artist. It has an almost dreamlike quality, enhanced by sax and key tints that add a little colour. It does seem to gather in pace towards the end before kind of ending abruptly. The singer is transported to his childhood hometown of Belfast in a dream where he almost has the opportunity to improve the outcome as opposed to his previous visits. It`s a captivatingly beautiful composition that has some delicious harmonica notes and piano keys which really enhanced the texture. It sits somewhere between Bob Dylan and Van Morrison. A track I played a number of times before moving on.

`Not So Far Away` is a beguilingly gently shared quite reflective contemplation on what might possibly happen in a potential relationship but only if you`re brave enough to take a chance. The keys, strummed guitar and rhythmic drum beat lay a platform for this interesting rendition of apprehension. We have a simple but catchy toe tapper with `I Miss You` a straight out proclamation of love or maybe lust. The keys had a kind of Ray Manzarek vibe about them.

`Take Me Back Home` is not the Slade hit from the mists of time but a really soothing meditative reflection on life and much more. It grows in strength and volume as it evolves and becomes almost anthemic towards the end where you almost feel like joining in with the repeated mantra of those four simple words “Take Me Back Home”. We have a fairly stripped back submission with `Shine A Light` which begins with just a strummed acoustic guitar and the singer`s vocals. There are some sweet tinkling keys that sound like xylophone tinges, balancing harmonies and i`m sure I heard the sound of a didgeridoo thrown in for good measure on route. It`s a vivid positive reverie which will have you joining in with the dah do do type harmonics at the conclusion of the number.

The album closes out with `Goodbye My Friend` an interesting track that has some techno come electronic backing with the singer`s vocals shared atop. It`s over seven minutes in length but doesn`t feel overlong and as it develops it encompasses a variety of noise segments during it`s journey. The songs on the album were created in Calgary, Melbourne, and Belfast and feature Andy’s long-time collaborator Rod McVey on piano, keyboards, accordion and saxophone along with Kent Macrae on drums. Andy shares vocals, guitars, bass, and keyboards.

As I mentioned earlier, I usually attend Andy`s show, buy his latest release, get it signed, find three or four tracks that I love, play it for a couple of weeks then add it to my ever growing Andy White collection. This time whether it`s the recent pandemic or what, but `This Garden Is Only Temporary` really resonated with me, maybe the worldwide crisis has made me more receptive than before but this album evoked something deep inside me and will stay with me for a long, long time. To me, Andy White is as much a poet as a singer and i`m sure that by the time he returns to my hometown in early 2023 he`ll have another album to share. But in the meantime, this will certainly fill my time and I suggest yours too. I`ll leave Andy the last word on this release.

“Arriving. Meeting. Home. Leaving. Tiny movements we make on a planet spinning around the sun. This garden is only temporary.”    Rating 9.5/10