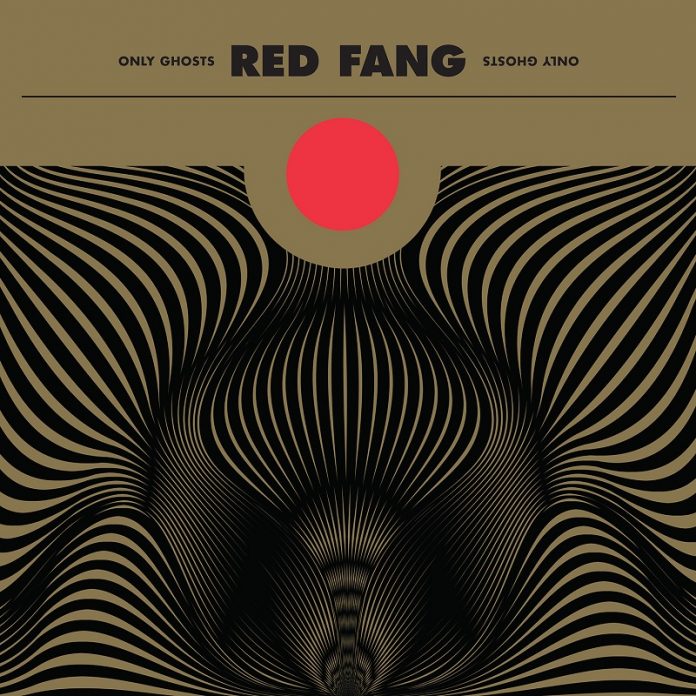 A record with basically no messing and very few frills, “Only Ghosts” begins with a thudding, metronomic drum beat and takes about 12 seconds to kick in with its mighty, thunderous groove.

This might be the four piece’s way of saying: “let’s get down to business, shall we?” And certainly album number four appears ready to make a point to just about anyone who cares to listen, that point being that Red Fang are finally arrived and ready.

A little bit leaner, and actually a little meaner than before, the gravel-like delivery and vocal interplay, of “Flies” is perfect for the hook, while the more rock n roll infused “Cut It Short” is better still, with its almost sleazy intention driven by the bass of Aaron Beam and if “No Air” sounds like former touring buddies Mastodon, that’s neither a shock or an insult.

It is what happens right before that, though that needs a little further discussion. 90 odd seconds of ambience – it’ll probably get dubbed as post stoner or somesuch bullshit by websites with more “cool” than MV – which serves as a reminder that Red Fang could, at the drop of a hat, turn into a jam band entertaining no one but themselves. Thank goodness, then that on songs like the brilliant “Shadows” they rather steal the thunder of Queens Of The Stone Age and show them how stuff gets done – a territory that “Not For You” enjoys so much it decides to stay there and do it all again, only with just a little bit more of a cocksure strut.

Things get a bit more monolithic on “The Smell Of The Sound” which for no other reason than wilful disobedience stomps about the place like an unruly elephant and causes all kinds of destruction, while the attack “The Deep” is a kind of “doom n roll” and manages to take things into another arena altogether.

Largely that’s the joy of this record. Red Fang aren’t going to re-invent themselves as a load of kids in skinny jeans and pretty much everyone who knows anything about the Oregon mob can equally know – give or take – what this is going to sound like. They know what they are good at and work within it, but as the psychedelic tinges to “I Am A Ghost” rather neatly exemplify, they are also up for trying new things. “Living In Lye” on the other hand, just wants to get its head down, horns up and take a hammer to your best china.

It concludes a record that shows that after more than a decade as a band Red Fang are rather good at what they do, as well as possessing a tightness and chemistry. Finally, they’ve made a record to match their brilliant videos.