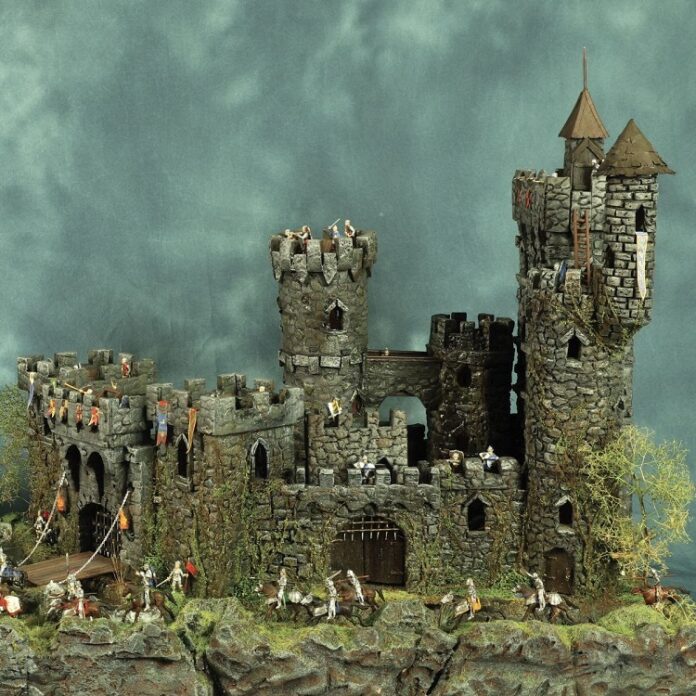 At the beginning of 2019, I reviewed a record by a three piece English band. At the end of the review I declared the thing to be “album of the year” (I reviewed it on the ninth day of the first month). It wasn’t that big a stretch either, given that “The Goat” by Puppy was brilliant. In the review, I wrote this: “Rarely since The Wildhearts (who just happen to be my favourite band) has anyone melded unashamed pop melody with outright heavy and managed to sound like no one else.”

When I get my Wildhearts comparisons out you know I mean it, after all, and I was thinking of them again when “Pure Evil” hit, because not only is all the above still true, I was going to call Puppy’s sound “unique”.

The problem with that is, “unique” is one of those words that means nothing anymore, and arguably hasn’t since the day I turned up at Wulfrun Hall in Wolverhampton for a Wildhearts gig  in the late 1990s and was confronted with a crowd of about 1000, about 500 clad in t-shirts that all said “demand the right to be unique”.

Yet, when you’re dealing with Puppy you have to find some way of saying they are without peer without resorting to cliché. They don’t do cliché so neither should we, after all.

So instead, lets just say that “….Evil” does all the things that “….”Goat” did, with one massive aspect added. It sounds like they know how good they are now and have no problem with ambition.

“Shining Star” opens things in widescreen. The riffs are still thunderous when they want to be, but on this little outsider of an opening gambit, they give gothic metal a go.  They are merely a mask and a daft back story away from a Grammy, but they have far more talent than some….

“The Kiss” is a shining beauty.  The vocals of Jock Norton and Will Michael have a harmony that recalls Honeycrack, but, from out of nowhere, they pull out a metal riff from somewhere. So for all that this is a modern band, the leads are unashamed.

The wonderful “My Offer”, which has an insistence that early Therapy? might have enjoyed does more in two minutes 13 seconds than most bands manage in careers. There’s the words too. They wrap these type of vignettes around the guitar “Dear Christ, I’m a killer/And I pray upon the ones I love the most/the warm blood in the chiller/From the son, the father, and the Holy Ghost,” which is on “Wasted Little Heart” (perhaps the album’s best moment) the problem is by the time you’ve realised what you’ve just heard, the band have moved to a proper thrash metal breakdown and you are not quite sure why.

“Hear My Word” does a slacker, grungy anthem, a vibe that “Spellbound” enjoys so much it does it again – just with harder guitars. Not many bands would choose to put an acoustic piece in the middle of all this, either but then most bands aren’t Puppy, hence they do “Dear John”.

That almost seems to usher in the second half of the album, side 2 if you will, and when the brilliant “…..And Watched It Glow” hits, it means it. Something like Dinosaur Pile-up being fronted by Rivers Cuomo, power pop with a knuckle duster twist, it was a worthy single.

In truth, pretty much anything here could have been a single, because whether its “Holy Water” or “Sacrifice”, then it gives a window into this most wonderful of bands. That is to say if you like them (or any other song) then the rest of the album works on the same bewildering, so hard to pin down, lines.

The best thing about Puppy is that, you suspect. It’s entirely natural. Sometimes people just create a little out of the ordinary, and the harmonies of “Angel” are so sweet that it might pass you by that the chorus goes “I curse your family name to the grave”, as if to prove it.

There’s a frustrated prog band in here, I am certain of it. There’s a kind of insouciance about the delivery on shame, an almost pop style, but its “Glacial” actually, that convinces of their longevity and that word I used at the start of this “ambition”. Added on to the record at the last minute because “it lacked one more banger” as Norton puts it, this thing is so enormous that it has more in common with Oasis than a scuzzy rock band.

The fact is that Puppy could still be anything they want to be, and there’s no doubt in my mind whatsoever they will be huge. They have proved over their two full length records and numerous EP’s that they are brimming with fresh ideas, and wherever they end up it will be worth watching.

Rock bands like this don’t come around too often. Cherish them when they do.