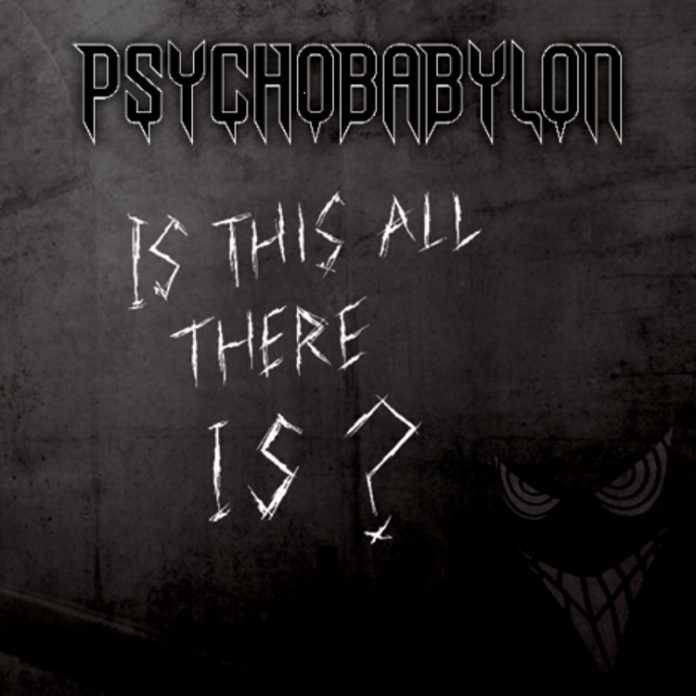 “Is This All There Is?” It’s an interesting question, really.

Say it gets to about Wednesday at 3pm and you are looking out of the window at work. You’ve read the football news, if you can get away with it, you might have listened to an album or two. You might have checked your phone to see which of the messages you probably shouldn’t have sent have been read yet.

But you are daydreaming. Is this All There Is?

Well yeah, to be honest, and it has been ever thus. Which is kind of where this comes in.

Pschobabylon have come hurtling out of the North East for moments exactly like this.

The five piece – bassist JJ is in The Main Grains with Danny from The Wildhearts, the others have histories too – make music for the dreamers. They make music with melody, with crunch, where rock meets metal meets punk, and where there’s a groove.

And the overriding thing on these four tracks is this: they make music for those of us that used to absolutely love collecting EP’s in the late 90s by bands like B-Movie Heroes, The Yo-Yo’s and The Chasers.

Whether you know those bands or not, doesn’t really matter, because by the time that Andy Knott has finished belting his drums on the intro to the title track and Andrew Mewse has done the lead bit, you’ll know.

You’ll know that this is done by blokes who love this music just as much you always did, who were probably in the same online record clubs you were and who may have brought those EP’s too.

This is brilliant, frankly. “Dead Time” is slightly heavier – the two guitar approach beefs this up. Slightly sleazy too, it is swaggering rock n roll from the top draw. And if you like choruses, these boys have you covered.

“Die Alone” sounds like its ready for a scrap down some back alley, largely thanks to JJ’s filthy sounding bass – but they use harmonies here in a very clever way.

For as much as this makes me nostalgic (there is something about a four track EP that always does, I used to buy so many of them) this is a modern, forward looking piece of work. “No Means Of Escape” – with its echoes of latter period Almighty – prove that. It is the sheer enjoyment of all involved here that shines through, though.

So “Is This All There Is?” probably, but as long as people make music this good, the world isn’t all that bad, is it?