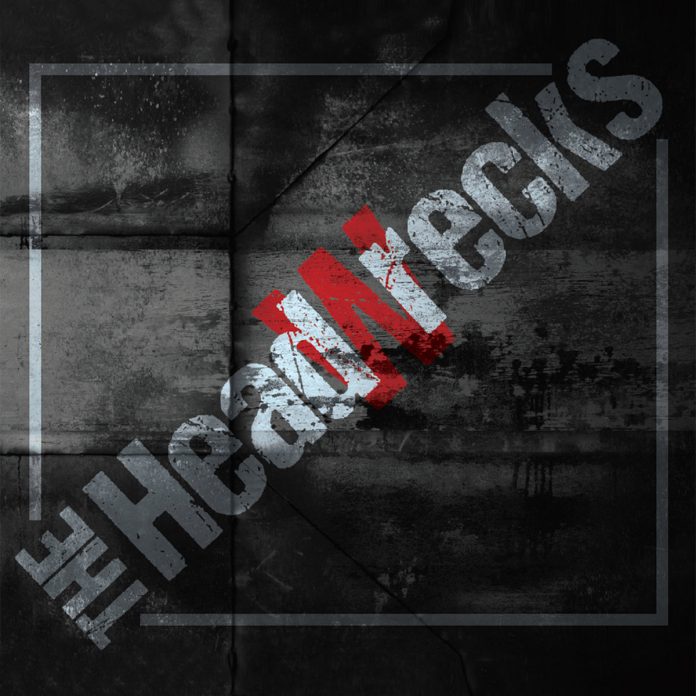 They have just released their eleven-track self-titled debut album and I have to admit it`s a cracker.

`No Way` kicks us off and it`s a thumping, kick ass slice of good old headbanging no nonsense rock.

`Headstrong` follows and the subdued intro leads you into a false sense of quiet expectation before Danny`s solid vocals hit you like a sledgehammer in the face. The composition is a more zealous cut and has some real understated questioning lyrics.

`Summer Days` harks back to those warm seasonal times, not that often here in the UK, when you are out with your friends and have a new album or a certain track that you just have to share, and you drive everyone crazy with it.

There`s some truly slick guitar riffs on `Evergreen` an unfussy easy mid-tempo offering that compliments Mr Wampole`s vocal range and illustrates what accomplished musicians these guys are, a nice change in pace.

`Sake Bombs` is a more rock out number with some nice stop start breaks throughout the piece.

A fast-moving song that I felt harked back to the old punk rock three-minute tunes comes with `Smile` I could almost imagine a mosh circle forming listening to this song.

`All I`m After` is quite an anthemic tune with some fine guitar smatterings. A track that I really enjoyed, `Raising The Dead` followed in a similar vein with some excellent shredding riffs, thumping bass and drumming strokes.

I so enjoyed the final two songs. `Get Over It`, had everything, the tune starting slowly then building up as it progresses. A real tearjerker of a song, you could hear the heartache in the tender vocals.

A number for those stadium shows with mobile phones lighting up the arena.

`Bluest Of Eyes` had a real nostalgic feel to it and brought me back to when I heard similarly evocative songs such as Blind Melon`s `No Rain` a great ballad type song that I could imagine the guys in a circle playing acoustically at some MTV Unplugged session. The tambourine hues early on in the song were a wonderful addition.

I have to say this was a terrific release and it was hard to accept that it was these boys debut album. There can be comparisons made with Pearl Jam and even a touch of bands like Hootie and the Blowfish and Counting Crows but that would be doing a disservice to the band. This is very much a sound of their own. There is something for everybody to enjoy as the offering has a lot of variation from some wonderfully talented musicians and a singer who has a uniquely versatile voice.

I do hope that The Sunshine State appreciate what a gem of a band they have in The Headwrecks.

Previous article
REVIEW: PSYCHOBABYLON – IS THIS ALL THERE IS? (2019)
Next article
THE GREAT WARISH