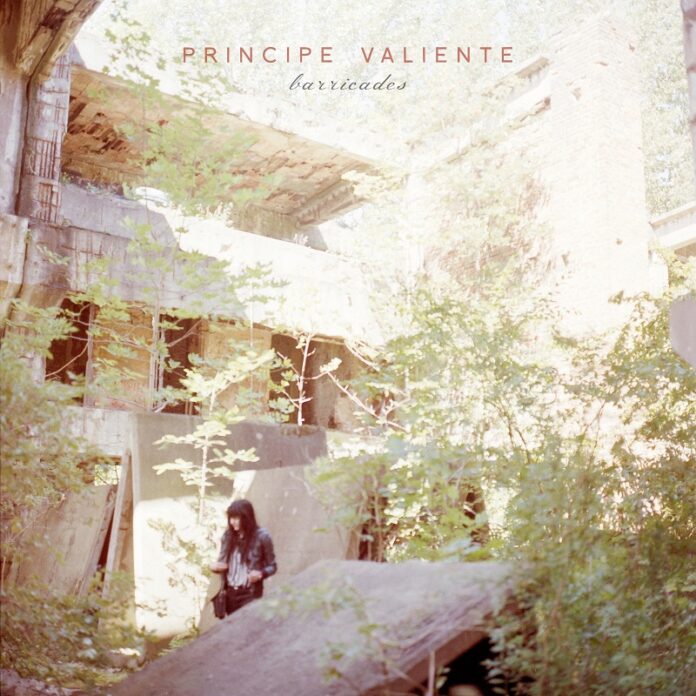 Swedish post punksters Principe Valiente have a new album `Barricades` released this month, the follow up to 2017`s `Oceans`. The majority of the songs were recorded from home with the members of the band recording their individual contributions alone. This has given the album a special, almost thoughtful atmosphere and has allowed all four members to contribute to the album this time.

The album opens with the title track `Barricades` and it`s a quite dreamy introduction to this band with some gently shared shimmering guitar riffs, a driving drum beat and piano keys shared intermittingly throughout. The vocals which are quite reflective at times seem to float over the musical platform provided. There`s a much faster pace to `So Much More` which at times reminded me of eighties new wavers B Movie. It`s a number that was pretty mesmerising but sadly was over before I realised, as it got almost sucked in.

`Porcelain` is more of a power ballad and becomes delightfully hypnotic as it evolves. It has some glistening guitar chords and the deep almost remote vocal gave it a bit of an edgy texture. Singer Fernando Honorato has said that `I Am You` is the most intense song we have ever done. It has a fairly long instrumental introduction before blossoming into a quite anthemic slice of classic goth like pop. A track that I could see going down a storm at a live gig.

`Tears In Different Colors` is another otherworldly offering which some delightful synth keys and has the feel of a romance that has floundered. There are some enchanting backing vocals shared as this number proceeds. The pain was almost tangible in the vocal delivery throughout. I felt that `When We Can`t let Go` was a fairly expansive composition. It kind of ebbs and flows as it develops with synth swathes, jangling guitar riffs, thumping drums and vocals that soared at times

There was a bit more of an edge to `Never Change` with its thumping guiding drum beat and bass line, synth keys swathes and quite wavering vocals. It had a slight anthemic texture at times as well. The ruminative and dreamy `The Beating Of Your Heart` really put me in mind of some of the stuff The Cocteau Twins used to produce.

I found `The Impossibles` quite upbeat and uplifting with its slapped bass line and the lilt in Fernando`s vocals. There were also some interesting hooks and twists along route as this number evolved. The album closes out with `This Buried Love` which has a fairly tribal drumbeat and languid guitar riffs. This track was fairly tranquil and I found it quite soothing, calming, relaxing and almost lulled ne into a meditative state. An interesting offering to end on.

The band who comprise of Fernando Honorato (vocals, electric bass, keyboards, and piano), Jimmy Ottosson (guitars and pads / programming), Rebecka Johansson (keyboards) and Joakim Janthe (drums) have had their sound described as encompassing dramatic melodies along with post punk energy and cinematic drama and that`s a fairly accurate description. `Barricades` was an interesting introduction for me to Principe Valiente and there are a few other albums that they have released i`m now keen to explore.

If you`re a fan of bands such as Sisters Of Mercy, The Mission, Paradise Lost and Fields Of the Nephilim, you won`t go too far wrong with Principe Valiente.