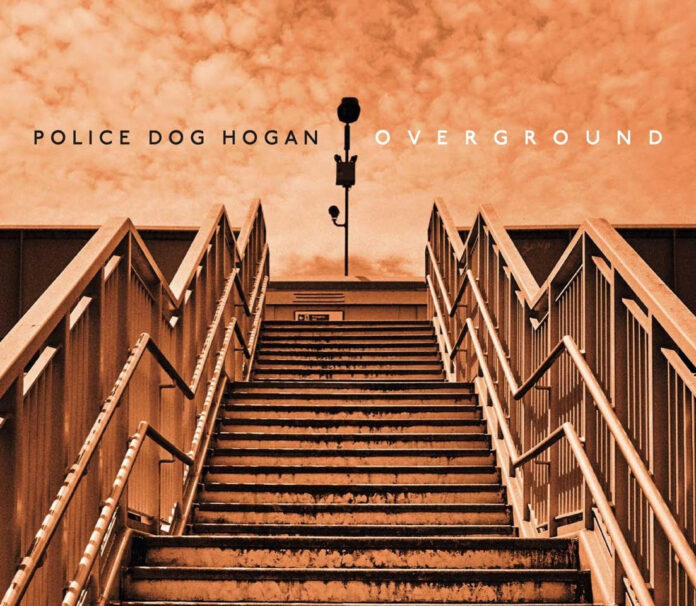 There’s a certain beauty to the “sliding doors” moment. The thought that, but for destiny, life could have been different if only….

It’s the staple of films, of course, and the reason is we can all relate.

So, I’ll wager, then, that there isn’t a person who listens to “Funfair on Shepherd’s Bush Green” and doesn’t suck a thoughtful tooth in some kind of reverie.

A simply gorgeous, evocative song. It’s one full of the little details that suggest its real (all too real, you might say). The true glory of the thing is that its not sentimental. The narrator (and that’s how I am looking at these) simply sees his lost love “while walking home with my son” and she’s gone.

Considering the lazy “Americana” tags that Police Dog Hogan receive, what strikes most about not just that one, but all of them, is just how “English” it sounds. A US artist attempting “Hold On”, say, would get sentimental. Not here.

There’s something rugged, almost Wille And The Bandits about the way this sounds, the coast (although this is a band from London) never seems to be far away. “Westward Ho!” sees James Studholme return to Cornwall, but the geography of all this doesn’t matter as much as the tone.

The band took a break from touring in 2019, which clearly became rather more long-term than they might have wished, and with the collection of tunes being written in 2019 and 2020, it might have been a bleak lockdown, oppressive record. That’s not the case. Even on “Might As Well Be” (chorus line: “you’ve got to die of something so it might as well be love”) and the anxiety-fuelled words still manage to sound upbeat. There’s a euphoric, pop feel to help in fairness.

“Kathleen O’Hare” is perhaps the flip-side to the “Funfair…….” Coin. Here a chance meeting sees the relationship blossom, and underlines the superb storytelling vibe that PDH have. “Barcelona” changes the vibe. Rob Heron and his rag time stuff is more like this one. And there’s a genuine sense of fun in the tale of the dreamer, longing to move to the Spanish coast to meet a girl.

Stuck in the middle of the record, it is an outlier, given the rest, such as the Seth Lakeman-ish “Here Comes Crow” are rather more serious in tone. A lockdown song, this one about a crow that Studholme saw in 2020, who viewed his own reflection as an arch enemy. You can write your own metaphors here, I guess.

Those “Americana” epithets are made flesh by “Disappear”, a brilliant bluesy thing in widescreen almost, and the more fragile moments, like “I Need Your Love” (from where the title of the album comes) hide a real longing in the melody and oddly hypnotic tones.

Love, though, seems to the overarching theme of the record. Whether looking for it, longing for it, losing it, being exasperated by it, its all here. Sometimes, like on “Cage Of Stars” it seems to be all of those things all at once.

There’s even some real mournful tones in “Room In That Bottom” (maybe we can add “escaping from lost love” to that list of emotions?) and somehow Lap Steel always seems to evoke that sound better than anything else does.

The piano, however, has been the bedrock that this album is built on. So it’s fitting then, that it is too on the last one. “Let Me Rest My Eyes”, which builds to something of a crescendo, and in so doing it offers hope, to the band and perhaps to everyone else.

All you need is love? Well, that’s always seemed a bit twee to me, and its more nuanced than that. Like the rock band The Almighty said 30 odd years ago, “I don’t believe in God, but I do believe in love” which is why when the character in “…Bottle” says, “we’re better off lonely and free, you’ll find love again, if you want to my friend, but the last time was the last time for me” everyone knows its nonsense.

A truly superb album, for all the reasons above and many more – doubtless you’ll have your own. “Overground” is a career high.