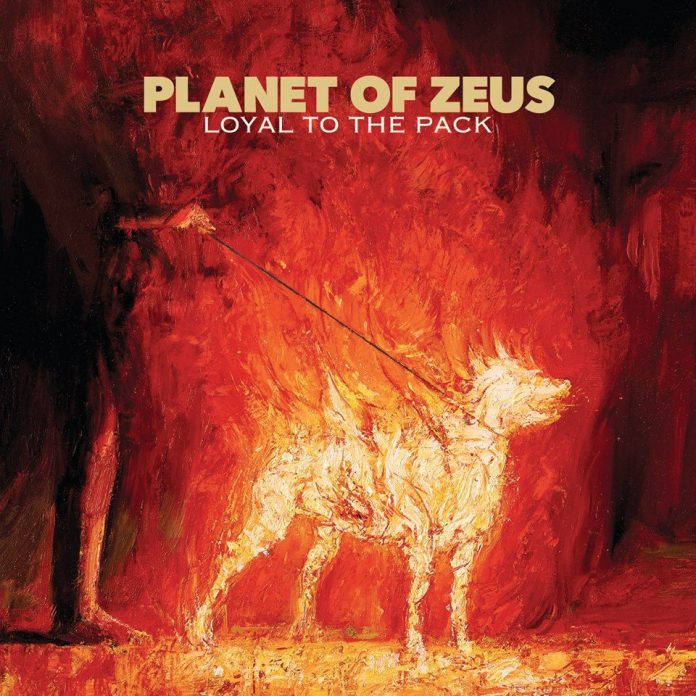 Greek metal gods change it up on album number four

That feeling when you go to work and do the same thing day in and day out. Sometimes you just gotta change things  right?

If you’ve ever felt like that, then rest assured, brothers and sisters, that Planet Of Zeus are right with ya.

You see, its pretty simple. Anybody can be the biggest rock band in Greece (and over the course of the last decade near enough, that’s what they’ve become) anyone can release three rather excellent records (as PoZ have) but for album number four, well you just want to shake things up.

Where most of us job hunt and go back to our respective ruts and moan, these boys have done something about it.

What Planet Of Zeus have done on “Loyal To The Pack” is discover a sense of dynamics, a touch of sonic light and shade if you will, that just wasn’t there before.

Such differences are best exemplified by the first and last songs here. On the title track Babis Papanikolaou still sounds like he’d kick your head in for looking at his pint, never mind spilling it, but on the last song here, “Athens” they manage to get all trippy and psychedelic over a really, interesting and hypnotic instrumental.

What comes in-between is just as varied. Don’t worry, though, it’s still the same testosterone fuelled stuff its always been, just better and slightly more refined.

“The Devil Calls My Name” adds a melodic twist to things, there’s even a bluesy ballad with “Retreat” proudly wearing its love for BLS on its sleeve, while “Indian Red” is happily in the desert, although its probably looking for a Meth Lab.

Planet Of Zeus, however, haven’t forgotten the pleasure of smashing your face in with a concrete block. The unreconstructed Clutch-gone-violent thump of “Your Love Makes Me Wanna Hurt Myself” sees to that, “Little Deceiver” rather neatly proves you wouldn’t want to cross anyone here and is a warning of dire consequences if you do. “Scum Alive” on the other hand, sounds exactly like you’d want a song called “Scum Alive” to sound.

At its best, this album is superb. The more traditional heavy metal crush of “White Shroud” mixes extremely well with the wrecking ball that it wants to let loose at a moment’s notice, but perhaps best of all is the truly dark, pulsing fayre on “Them Nights”, stripped back of outright bluster it might be, but it has a massive chorus and you don’t have to look too hard to find real heartbreak. “it’s one of those of nights” offers Papanikolaou, “when you’re hiding afraid of yourself, and the sound of  gun is the one you think will set you free.”

It’s a fine song on a mighty and mighty fine record. Sometimes, as the old cliché goes, a change is as good as a rest. Certainly Planet Of Zeus sound reinvigorated here.