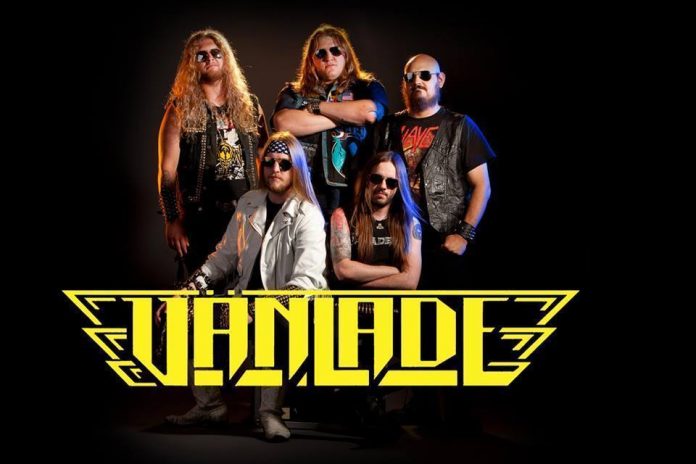 All the latest from trad metallers

Vanlade vocalist Brett Blackout has checked in with the following comment:”We have a lot of exciting things brewing in the Vanlade camp! While writing for album three is well underway, we first plan on releasing a six song cover EP later this year that will feature a few very special guests from the US heavy metal scene. We have decided to keep the details under wrap until further notice, but we will have the EP available this October for the incredible Frost and Fire festival that we are honored to be apart of. Keep up with us on Facebook for soon-to-come fall tour information, as well as recording updates! Until then: stay heavy or die!!!”

“Rage of The Gods” was expertly mastered by guitarist / producer Stu “The Hammer” Marshall (Death Dealer / Blasted to Static / Empires of Eden / Ex-Dungeon) at his Frontier Studio in Sydney, Australia, who also worked on the latest releases from Zephaniah – “Reforged”, Corners of Sanctuary – “Metal Machine” and the upcoming new Eternal Voyager – “Darkened Times”.

For the latest Vanlade news, visit their official Facebook page:

Previous article
Blues Pills Back On This Shores
Next article
REVIEW: PLANET OF ZEUS – LOYAL TO THE PACK (2016)