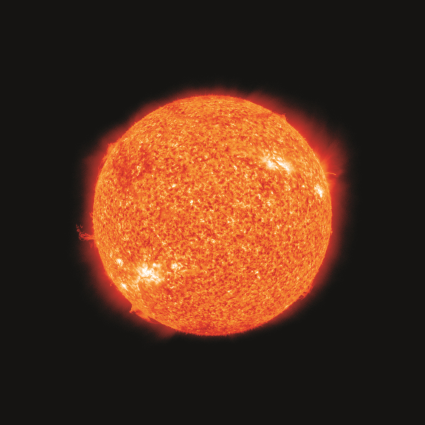 It’s gratifying to see a real throwback to the days when albums mattered. It seems in the 1970s, when some of the best bands in the world were knocking around, that an album a year (or more) was de rigour. Now people tell you the album is dead, that we are all interested in streaming individual songs on our tablets while plugged in to Spotify.

Thank the Lord that no one told Perfect Beings this hogwash. This, the cunningly titled “II” (do you see what they did there?) is their second record in slightly over a year, but it’s more than that. In an age when we are all meant to have the attention span of a goldfish, here – as on the last one – they’ve constructed something that is a real journey, with a very definite beginning, middle and end.

PB are made up of experienced musicians, and whilst their very West Coast America social media assertion that “Perfect Beings is interested in the environmental and sociopolitical landscape of our time, and our children’s children’s future” might be a bit too hippy-dippy for Middle England, there is more than enough on this brilliant record to prick British interest.

Not least there’s the sound. This is not Prog Metal like a Dream Theater, say, or one of those modern bunch of metal bands, like Periphery, that get lumped into prog because no one knows quite where they fit in, this is a sound that has bands like Pink Floyd, Genesis or Yes, but has given the whole thing a kind of 2015 reboot.

There is even a Brit in the band. Dickie Flizar not only was in the awesome Skin, but he was also the drummer on Iron Maiden frontman Bruce Dickinson’s brilliant “Balls To Picasso” record. His playing – like that of the rest of his bandmates – is wonderfully understated.

That is to say that songs like “Cryogenia” and the even better – and slightly heavier and more industrial – “Volcanic Streams” could, if they so wished, dazzle and bamboozle the listener with their sonic gymnastics, that they don’t and instead remember the melody and tone of the thing is all important, is entirely to their credit.

Even the longest song here (and actually the best thing on the record) “The Love Inside” is not by Prog standards an epic. It clocks in getting on for nine minutes and features some glorious lilting piano from singer/keyboards man Ryan Hurtgen.

On most of the other songs – for example the jazzy “The Yard” with its prominent acoustics, seem to be deliberately laid back and restrained, while “Go” adds a funkyness not heard elsewhere.

“Rainmaker” is a superb gentle, almost stripped bare, piece of work and “Cause And Effect” had a kind of latter day Marillion theme and gives the record a fitting close, reaching something of a crescendo before its done as the band finally cut loose and jam.

All of which means that on record number two, Perfect Beings might just have eclipsed their debut – and that itself was pretty special.