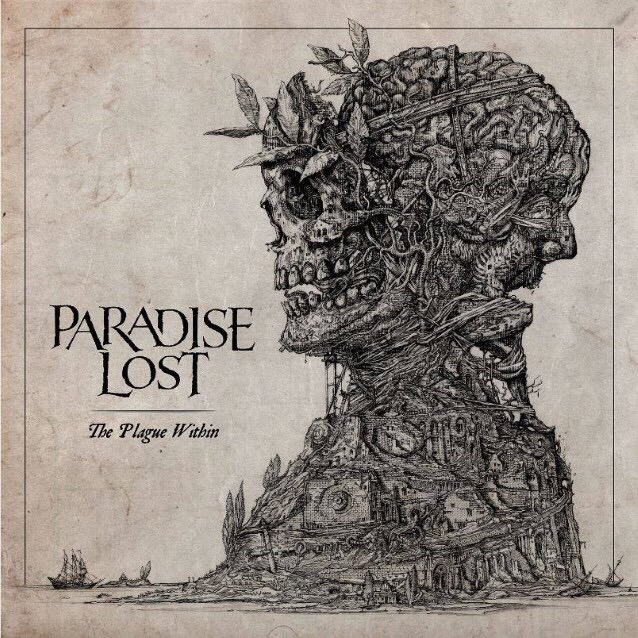 Last year Paradise Lost toured to celebrate their 25th anniversary. Quite when it happened that Paradise bloody Lost – who it only seems like a matter of months ago released a record called “One Second” (which actually came out in 1997, and contains in “Say Just Words” one of this reviewers top ten songs ever written) – got to be veterans, is another point for another day. What those shows did prove pretty much unequivocally was that however much under the radar they might fly to a certain extent, the body of work that PL have assembled over the years is pretty much unsurpassed in terms of its quality, but more than that, it’s the sheer dazzling breadth and scope of what they do.

They started in 1990 as a pretty much death metal band. By the mid 1990s that had bored them and they turned their hand to catchy doom with choruses, check out “The Last Time” from 1995’s “Draconian Times” if you haven’t heard it. Then, ever the ones for itchy feet, they tried their hand at what amounted to dark rock with “Host.”

More recently, there’s been a gradual return to their roots. The most recent “Tragic Idol” record was edging back towards the real heavy gothic doom they used to to create, and that continues with “The Plague Within.”

Maybe it’s because guitarist Gregor McKintosh has his own death metal band in Vallenfyre, or maybe it’s because of singer Nick Holmes’ work in Swedish deathsters Bloodbath, but there is a real back to basics feel here.

It starts pretty much as you’d expect. “No Hope In Sight” builds nicely and ploughs so pretty much the same furrow as their most recent work – but listen carefully and there are clues. Holmes’ vocals in the chorus are perhaps a touch more harsh than they’ve been for a while for example, the riffs slightly lower.

But then, as if to prove that this is a meaner, heavier PL, “Terminal” comes in on a gale-force amount bluster as Holmes growls menacingly, as if he’d rip you limb from limb given half a chance. This is no one-off, either. Towards the end of the album, the band decide to unleash arguably their fastest song – certainly of the last 20 years. “Flesh From Bone” would perhaps see them pegged as a black metal band if they were new or gave a shit about such things. At this point in their careers, though, you feel Paradise Lost have just gone on to the studio to see what works and to hell with expectations.

Elsewhere, and at the other end of the scale, there is frequent use of orchestral arrangements and “Eternity Of Lies” takes this idea and fleshes it out along with female backing singers to add a haunting quality to what is a fabulous track, likewise the slow building, monolithic brew of “Sacrifice Through Time” is unsettling and superb.

Almost as if to prove to the current young crop of doom influenced bands they can still cut it, the veterans decide to reclaim their crown with the incredible “Victims Of The Past” and “Punishment Through Time” is the best thing on offer here, with its chugging, gallop – which on a collection as strong as this makes it exceptional.

But then, most bands aren’t Paradise Lost.