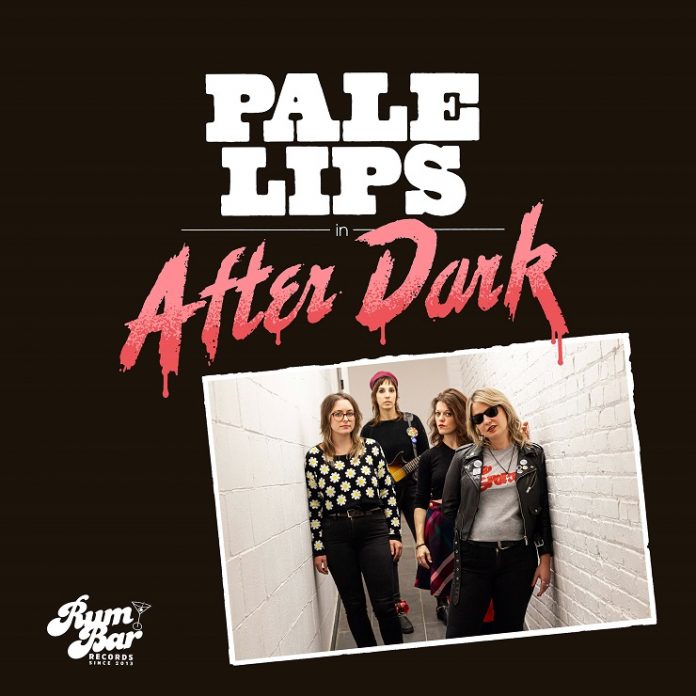 I watched the Go-Go’s documentary not long ago. A fabulous thing about a fabulous band (not to mention arguably proving why you should just say no, kids) and it struck me just how trailblazing they were.

Now, I have no idea whether the four ladies who make up Pale Lips spent their formative years listening to Carlisle, Caffrey, Wiedlin and the rest, but it sure sounds like they did. And the Ramones. Good lord, The Ramones.

Here’s essentially what you need to know about Pale Lips. On one song here – drenched in handclaps which is always fun – they extol the virtues (or lack of them) of “Hanky Panky Franky” (title of the year, right there), and its glorious. Kinda filthy when you get down to it, but sweet and innocent, like butter wouldn’t melt.

There’s a guitar lick here that owes a debt to Chuck Berry, but this presents me with moral and ethical issues. Firstly Berry is one of the more overrated artists around, second, he’s a convicted sex abuser, so his presence in this review is about as welcome as where he had the cameras in his restaurant. Nonetheless, he’s here and you have to acknowledge the sound at least.

“After Dark” (where you assume most of these were written, to be fair) begins with a fun romp called “Some Kind Of Rock N Roll”, turned up to 11 and happy to cause trouble. Bubble gum, power pop, you name it, its here. Every kind of rock n roll, you might say.

“I’m A Witch” sounds like it wants to do the Monster Mash all over the place, and the harmonies, you have to love the harmonies.

“You’re A Doll” is another from the top draw (or top shelf?) and seems to think that Dire Straits’ “Walk Of Life” should have been a punk rock song – and if I was always going to mention The Shangri-La’s at some point, then “That Old Ghost Don’t Lie” will do.

“All My Baby Brought Back Was The Blues” is a genuine highlight, perhaps the best, actually. The harmonica is good enough for that, but then there’s the opening line: “My baby kissed my mouth, then he went down south…..” now I can spot a double entendre when I see one, never mind a single one. So kudos.

Punk rock rules, especially when it rhymes “switchblade Sue” with “something to do” like “The Kids” does, and if “Johnny” sounds so wholesome it could be played at the church disco, then scratch the surface and I am telling you the punch is laced with God knows what.

“Hiding From The Moon” deals with, lets call them “booty calls” but no one seems too bothered, and if Garage Punk gets sweeter and more sugar coated in 2021 than “Show Me Another Way To Your Heart” then I will be surprised.

“Doo Wop Showaddywaddy” travels the long road of every rock n roll band since Elvis marched into Sun Studios, and fair play to it, while “Cosmic Love” essentially does it one more time for the road, and why the hell not?

Quite simple and quite simply glorious. “After Dark” is perhaps summed up by a line on “Hanky Panky Franky”. “If your mama don’t like it, Franky probably would”.  I am here to tell you that from the sounds of this Pale Lips are down for it, too.