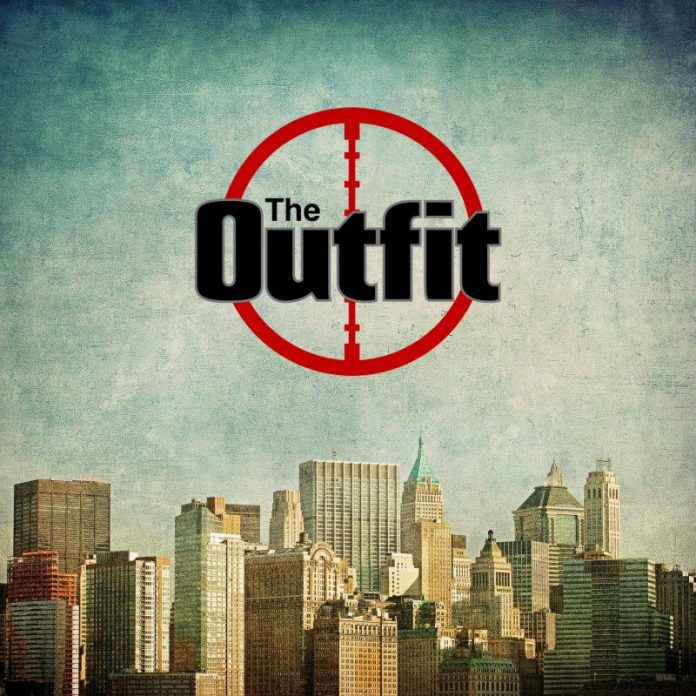 Sometimes reviewing an album is easy. It can be summed up in three words (thus making everyone wonder what the hell you pad the rest out for). That’s certainly the case with the debut from The Outfit.

As as soon opener “The Wire” kicks off it is immediately obvious that what the Chicago four-piece deal in is the following: Unashamed. Hard. Rock.

Formed by what the accompanying press release says are members of “legendary” Chicago bands (in the interests of full disclosure MV isn’t aware of them) and a singer in Andy Mitchell out of Arizona and with plenty of experience.

The fact is that it doesn’t especially matter if these boys were in Guns N Roses, it only matters that this is a short and sweet shot in the arm for rock n roll.

“Lucky One” possesses a chorus that wants to be in arenas, but thankfully although there is a similarity with bands like Shinedown here, there is nothing of the clinical, crushing dullness of Brent Smith’s mob.

Instead the ballad like tendencies of “TKO” want to outdo Nickelback (and as ever mention of them of this site is done in a positive way) and there is – whether by accident or design – a line just before the chorus here that sumsthe whole thing up. “I’m not trying to be unique,” sings Mitchell, “I’m just trying to breathe.” Maybe we’re reading too much into it, but this is a band just doing what comes naturally it seems.

Even down to the fact there is only nine songs here, this is a band cutting out anything they don’t need (add to this not one of them is over four minutes and you will get some idea of how on point this record is). There is no need for any fat or excess when you can write songs as good as “Soldier Boy” either. Don’t bore us, get to the chorus is the maxim here.

The Outfit could only be American, and as such the album has a uniquely American flavour. We’ve reviewed albums by bands like Red Sun Rising on the site and this comes from the same ballpark. “Unfolds” has a similar massive intent as the first Feeder album for example, but it couldn’t have come from this side of the Atlantic. Instead, songs like “Just As One” are chunky chuggers that restrain themselves just perfectly and sound a little bit like the Foo Fighters at their best.

“Miracle” is a little bit more widescreen, but it is resolutely a ballad and for our money The Outfit are better with the pedal to the metal and the handbrake off as on “No Lights On”, while the closing “Hot Love” doesn’t just have a title that might belong to an early Motley Crue song, it has the same idea of what rock n roll represents – albeit with a modern twist.

That’s almost, you’d guess, the point here. “The Outfit” isn’t re-inventing the wheel. It never tries to. That’s its charm. The three words we used at the start: Unashamed. Hard. Rock. Probably need adding to with a fourth. Masterclass.

Previous article
BAND OF THE DAY: AGAINST THE GRAIN
Next article
Cabbage’s Tasty New One