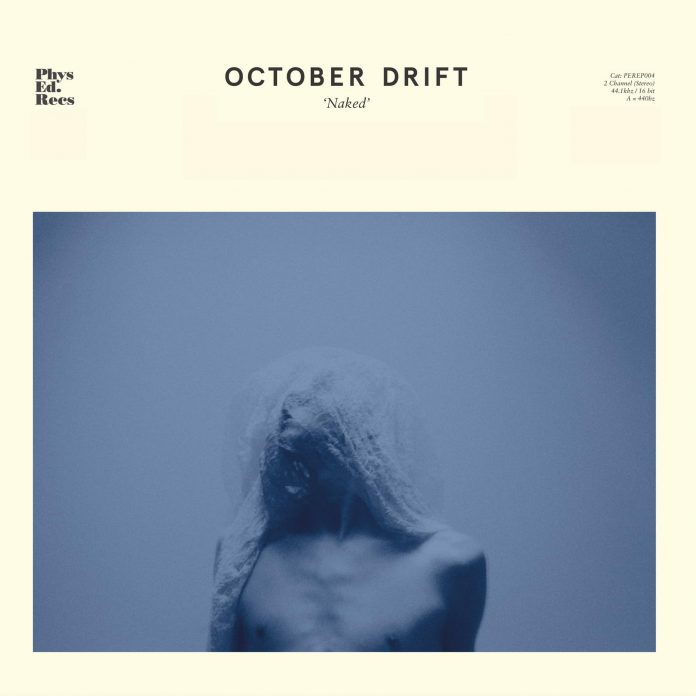 October Drift return with an acoustic EP “Naked” following on from the success of their debut album “Forever Whatever”, released earlier this year. This four-track extended play includes stripped back versions of their album tracks Naked and Cinnamon Girl and new tracks Like The Snow We Fall and Still.

Title track `Naked` opens this release and if i`m honest it doesn`t seem to be much different to the version on the album, possibly the cello and guitar are a little more prevalent which allows Kiran`s distinctive vocals more poignancy. Although the song is quite melancholic it retains a certain charm and beauty about it. If `Naked` is quite similar, `Cinnamon Girl` has certainly had a remake. The pounding drums and wall of sound guitars are absent, and we have a strummed guitar and some sublime strings at the chorus giving this song a delightful new dimension.

I really loved `Still`. Maybe it was the simplicity of it, an acoustic guitar where you can hear the frets as it`s played gives it a real sense of intimacy. The cello is divine and Kiran`s voice enchanting in its effortlessness. There were some really complementary harmonies and the intricate guitar chord progressions gave it an entrancing hypnotic texture. There`s a starker and more atmospheric vibe to ‘Like The Snow We Fall’ which combines a strummed rhythmic acoustic guitar, unrefined piano keys and sweeping cello swathes. The song is an emotive offering painting an optimistic portrait of hope and catharsis. The band have said that “This song is about doing your own thing and trying to realise self-worth, even if it doesn’t fit the mould. It’s not always the easiest thing to do.”

This release showcases the groups song writing talents and ability to offer some tender, powerful and passionate songs in a more stripped back, intimate, and intense setting.