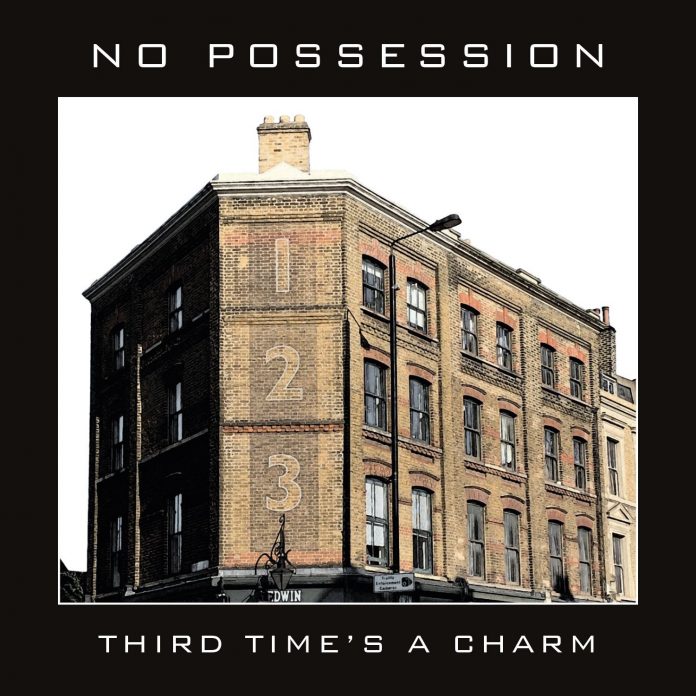 Everything on social media sucks. Lesson number 4,456,769. No Possession.

I had to go on to F******k to find the band members names and while there (logged in on my work account before any accuses me of hypocrisy) I established that only 868 people “like” the page of the band. Now, that’s cool and you know that the band themselves don’t care, but equally you feel that Micko “Ylmen” Ylinikka (lead guitar, harmonica and vocals) Mattias “Steve” Vestlund (bass guitar and vocals) David Ylinikka (Lead guitaruitar [sic] and vocals)Tomas Andersson (drums and background vocals) (I was on there doing the research I might as well use it!) deserve more. They deserve, frankly, people to be talking about them.

It’s a simple question. Not a trick. Ready? Do you like the Small Faces and the ilk? If the answer is yes, then get on “Third Time’s A Charm”. If the answer is no, consider your life choices.

The point I am making here is that you’ve heard music like “Light’s Out”, the brilliant opener here before, it boogies, there’s a horn section, and there’s a catchy hook, That’s it, really. That’s No Possession.

“Find My Way Back Home” adds a touch of Americana to the mix, light, airy, and hewn from the dirt roads (not sure there are any in Sweden, but whatever) but what follows is even more interesting, given that “Dark Eyes” has a heavier groove, but still manages to sound sweet.

The highlight, though, is the brilliant “Retold And Recycled”. About 20 years ago I became rather obsessed with a Swedish band called Diamond Dogs and subsequently their singer Sulo. He’d do this too. Rock n roll that belongs in the dirtiest honkytonk having a party on its own terms.

That’s not to say that anything else is too shabby. The gorgeous acoustics of “Feel This Way”, the raucous, Stones’ sound that “Beggars Can’t Be Choosers” whips up, the fact that “Capital Crime” adds a Celtic flavour and then still goes funky, and “Black Coal Thin Ice” which is equal parts Bruce Springsteen and Dan Baird, are all from the big leagues.

When they came out in 2011 No Possession Blues – as they were called then – released a couple of records. When they regrouped for this one, it is said they began with the vigour of prize fighters. And there’s knockouts everywhere you look. Whether its the CCR thing on “Taste Of Blood” and an arena blues (think Clapton, Bonamassa) about “Out To Dry”, and ZZ Top would be proud of “Knockout Punch”, and “The Sunshinemen” could have come straight from Laurel Canyon in about 1969.

The interesting thing about “Third Time’s A Charm” is that it doesn’t even sound like a cohesive collection and it is still brilliant. Largely because it sounds like a compilation album that used to be on the front of those magazines – maybe they still do them, I don’t know – it sounds like a mixtape. One where No Possession have gone: “Hi everyone, here’s our favourite artists, now we are going to write a load of songs that sound like them, hope you like it!”

I do. And so should you. And if you are on the platform, give them a like on Zuckerberg’s thing.