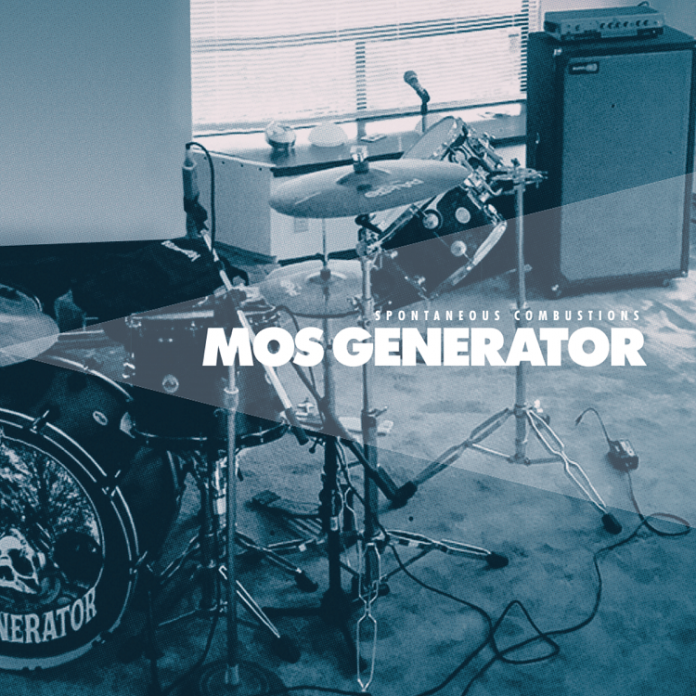 There’s not a lot – I admit it – that I look forward to in this life. Call it age or whatever (or just being a miserable prick) my answer to the question: “are you excited?” is usually, “no, not really.”

That said, a few years ago, I was pretty thrilled that a band called Stone Axe came over. Goodness me, how I loved that group. And they played a pub near where I live. Down I went, like some word fanboy, buying tshirts, posters, badges, everything else.

I wrote a review on my old blog. The one two before this website, and a few weeks later got a lovely email from a man called Tony Reed. Tony was the guitarist in the band, and he’s the head honcho in Mos Generator now (he also mixes and engineers more records than anyone on this planet, it seems to me) thanking me for taking the time.

You don’t forget things like that, so think about this, when you read my nonsense on MV these days; it happened partly because Tony Reed read my review and I thought “I wonder if…..”

Without being too trite about it, the spirit of “I wonder if….?” Seems alive in “Spontaneous Combustions” too, because it scarcely seems feasible.

It had a working title of “Rental Jams”, so called because the tenants moved out of Reed’s rental property, and they had a while before the next lot moved in. so Reed did what anyone as absolutely steeped in music as him would.

Set up the band and jammed.

That is pretty much all there is to these four songs in absolute candour. You can’t really call it an EP as it clocks in at over 40 minutes long, and it is here warts and all.

Two of them are instrumental, both the opener “Bonehenge Parts 1 & 2” and the last one “Age Zero” and when the three of them lock into a groove it is absolutely stunning.

In between is the highlight, “Things You Unremember” with all its Sabbath-isms, as Sean Booth lays down some mighty bass and “Who Goes There” more stripped down, just guitar and vocal in the main, before it explodes, and sounding oddly like Screaming Trees in its dry as dust delivery.

What makes this all the more remarkable is that “….There” was the only one that had been partly conceived before. The rest were all made up that day – on the spot, and recorded live. And I say “that day” with good reason too, as they literally only made this in a day off before a tour started.

All of which means that even though it might be one, mostly, for the completists, it is very much a record that Tony Reed, Sean Booth and drummer Jono Garrett were born to make. Music, just because, that is what the ones who truly love it do. It shines through here.