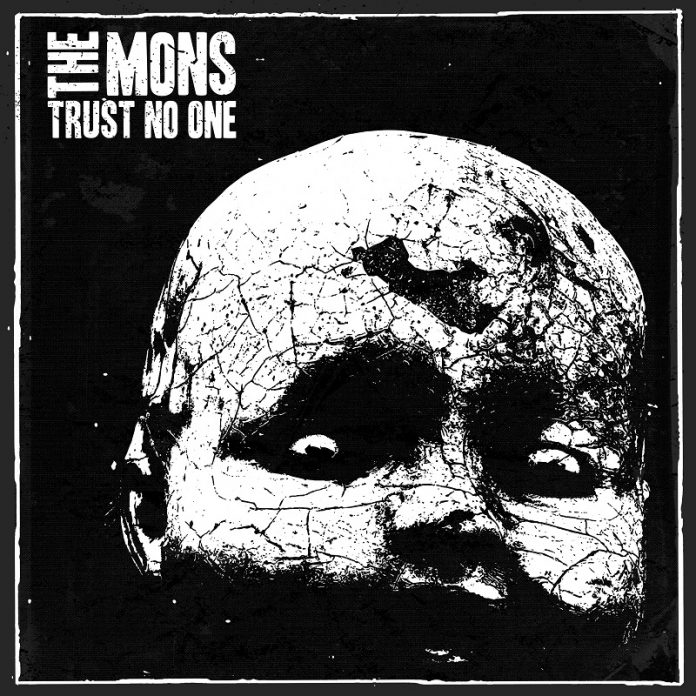 Released on Triple Eye this is a blistering second album. Given that they cite some of their influences as the Circle Jerks and Black Flag as you might expect this has a real 1977 American punk feel with short sharp tracks filled with social and political commentary (almost every track is under 2 minutes long, ‘No Puppet’ is actually 7 seconds long).

Chicago has always had a strong relationship with punk rock, and the members of The Mons have been there for the better part of it. Comprised of ex-members of Apocalypse Hoboken, The Arrivals, The Mashers and Lynyrd’s Innards, The Mons walk the line between snotty ’77-esque punk and classic early 80s hardcore. Sometimes they feel similar to ‘Crime’ with a rock and roll feel but also have elements of rock and metal riffs.

Instrumental opener ‘This is Why’ sets the tone for the album with pounding drums and some great guitar work. All tracks are played at breakneck speed but with some precision as were many of their influences. ‘Trust No One’ and ‘Negative One’ are excellent examples of how this genre should be played and there are some great guitar and bass riffs with a tight rhythm section. Recently released Alarm Clock” possesses a rock n roll swagger delivered with real venim. ‘Ralph Ellison’s Revenge’ is like a modern day Dead Kennedys and this track would not be out of place on In God We Trust.

‘Dead Dick Fan Fiction’ features some fierce drumming backing up a wall of seriously ugly guitar work. ‘God Hates the Mons’ finds the band at their most metallic, melding Slayer-esque voicings with a Maiden-esque gallop. The final 3 tracks ‘Silent Majority’ , ‘The Greatest Story  Ever Told’ and ‘Party Down’ show that they amongst all the noise they can also do catchy choruses.

The Mons Trust No One is both relentless and punishing and doesn’t let up for the entirety of the album’s 22 minutes. While earlier offerings featured echoes of Buzzcocks-esque melodicism, The Mons Trust No One finds the band moving into even more aggressive and darker territory, drawing on the tension and aggression of acts like Die Kreuzen, Government Issue, BLAST! and early COC.

I found this really did grow on me as this type of music to me must be played well to work and that is exactly what they do.