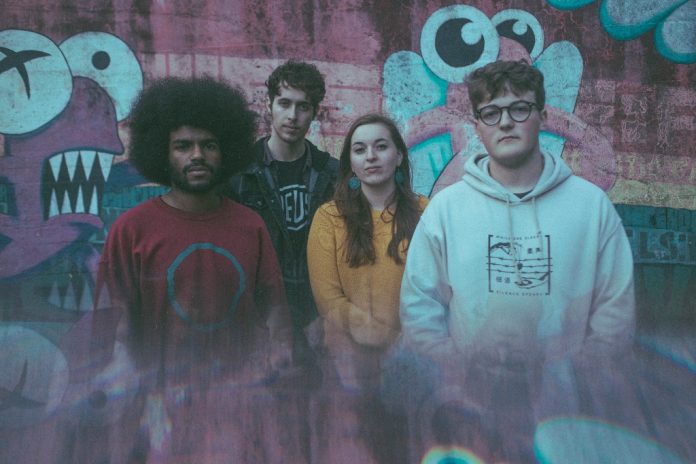 Creating hard hitting, catchy and anthemic material, HYPOPHORA bring intricate guitar music back to the mainstream. ‘Headlines’ is a much darker sound, both musically and lyrically, than the bands previous material, featuring one of the jazziest, yet chilled out middle eights that they’ve ever written.

In the past twelve months the band have supported the likes of He Is Legend, Kurt Travis (ex Dance Gavin Dance and Allusondrugs at various locations in the UK. In the summer they played slots at UK Tech Metal Fest and Boardmasters Festival and this winter they hit the road again on a headline run to promote their new material.

“‘Headlines’ is about the realisation that a friend might only be your friend for convenience and circumstance rather than true connection or respect. Upon learning that fact, the song touches on how you’d be forced to then question your entire friendship history, whether or not it was entirely real at all and whether to continue putting effort into keeping it going.” explains the band, when talking about the story behind the new single.

‘Headlines’ is out now via East Action/Zen Ten Records.