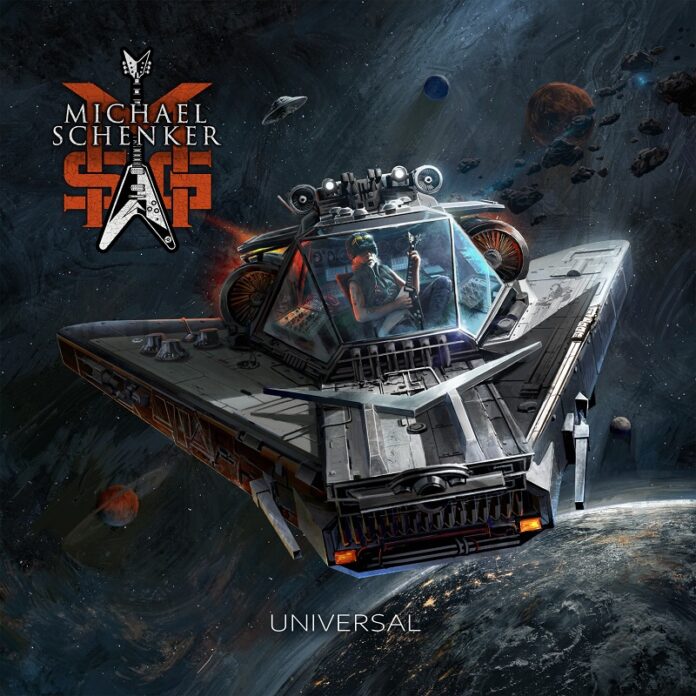 The album opens with `Emergency` a churning driving rock out and Mr Romero can really belt out those high notes when required with the obligatory guitar solo midway through, a nice lead in and a marker for what`s to follow. We have much more of the same with `Under Attack` which has more of an edge to it as the title would suggest. There were some nice harmonies and a catchy chorus that`s always good for singing along to, when shared live.

‘Calling Baal / A King Has Gone’  is sung by Helloween frontman Michael Kiske and is a tribute to Ronnie James Dio, in particular to his performance on the 1976 hard rock classic Rainbow Rising. The guitarist brought together an original Rainbow rhythm section consisting of Bobby Rondinelli and Bob Daisley, additionally enlisting keyboardist Tony Carey, who also played on Rainbow Rising, for a Moog synth intro. A direct reference to the iconic intro of the 1976 album opener ‘Tarot Woman’. It`s a quite anthemic offering and has all the grandeur and splendour associated with the sadly missed heavy metal vocalist.

The Universe` featuring a duet by Ronnie Romero and Gary Barden is a slow burn, not quite a ballad but heading in that direction. We return to a much faster pace with `Long Long Road` a quite introspective more thoughtful presentation.

`Wrecking Ball` has Ralf Scheepers from Primal fear heading up the vocals and as you probably expect it has a more power metal vibe about it. We have a blistering guitar solo midway and closing us out, what more could you want? There`s more of a heads down no nonsense rock out with `Yesterday Is Dead` and it could have come from AC/DC or Judas Priest in their prime. I loved the driving guitar that navigated us along this quite engrossing headbanger.

`London Calling` is a fairly reflective hard rock number that I found myself getting sucked into and just let my day to day worries slide by for a few minutes. I thought that `Sad Is The Song` ebbed and flowed and had that feel of a battle cry or call to arms before it headed into that churning driving texture where Herr Schenker stalks the stage with his flying V axe, cracking.

The album closes out with no sense of irony with `Au Revoir` which has pounding drums and thumping bass allowing the guitar to lead us along at an almost scorching pace.

There are a couple of additional bonus tracks on certain editions with `Turn Off The World` which is what I’d call a stadium rock number and `Fighter` which to me nodded towards Dio`s `Holy Diver` period.

I must admit I haven`t caught up with Michael Schenker for some time and this album really reminded me not only of the guitarist`s abilities but why he`s able to persuade so many talented rock musicians to guest with him.

He plays three summer festival shows in the UK in July / August and this has really whetted my appetite to hear these tracks in a live setting.