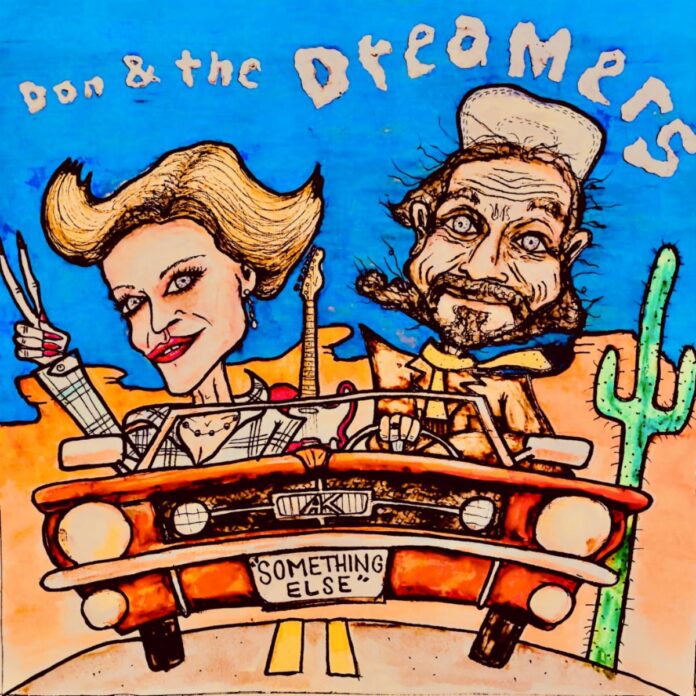 I’ll be honest, dear reader: I hate Christmas. It’s improved slightly since my nieces were born and its lovely to see them excited, but no., not for me thanks. Don Powell probably loves it though, given what it meant for Slade – and good luck to them, they are, after all, one of the finest rock n roll bands in the world, even if most people know them these days for hanging stockings up on the wall.

What’s brilliant about this EP, though, isn’t that Don Powell (who was the bands drummer up to 2020 and wrote a lot of their early tunes) has to do it, which you sort of feel when you watch Dave Hill’s version of the band do their thing (which was a lot of fun in 2019 in fairness) but that he simply wants to.

The second EP from Don And The Dreamers follows the same pattern as the first. That is to say Don, Henrik Littauer and a load of top Scandinavian musicians got together in Denmark (where Powell now lives and has just gigged with Ringo Starr) to jam on some old rockabilly songs.

That’s it, really. But my goodness, it sounds like it was the most fun in the world. “Something Else” features Michelle Birkballe on a duet with Littauer and is turbo charged even compared to the Eddie Cochrane version.

“Take This Hammer” (of which I suppose Lead Belly’s version is the most famous?) adds a blues thing and the Accordion is just perfect. The vibe here is similar to when Springsteen did the Seeger sessions way back when, and you can easily imagine this in some smoky bar in New Orleans.

There’s only three songs here, and the loose way they do “All Over Now” manages to offer something new there too, but it doesn’t matter. “Something Else” is what happens when people with a skill get together and enjoy the music they love.

And that, perhaps, is the greatest gift of all, whether its festive season or not.