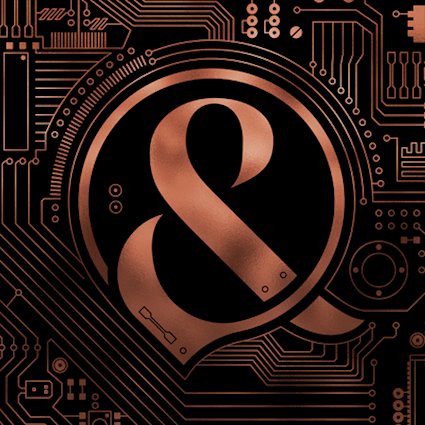 Orange County front-runners continue to defy the odds and critics and continue their ascent and bid for Metalcore domination on their fifth studio release.  Armed with twelve tracks of high energy attitude the odds may well now be stacked in their favour.

It can often be the kiss of death for a band to lose their frontman.  Many excellent bands have either fallen by the wayside and split up once their most visual element of the band has departed.  Some bands struggle on manfully and hope that they have found a decent replacement that will either keep them at their lofty height or propel them even further up the rock and metal food chain.

Of course it is not uncommon, infact it is downright common, for bands to change vocalists in their early formative years without any adverse impact, usually this is before the band has become a bigger name.  So what to do when OM&M frontman Austin Carlile left the band for the second time to focus on a new life in Costa Rica for a number of personal reasosn and also what he felt was a lack of “letting me write what I want to”.  So faced with this dilemma do you go for another big name in the genre?  Perhaps, find the next up and coming vocalist?  Like the great Liverpool FC teams of the 1970’s and 80’s Of Mice & Men decided to promote from within.

The result is frontman duties being doubled up with bass duties for Aaron Pauley.  From Paul McCartney to Phil Lynott to Lemmy to Glen Benton the rock and metal world is littered with bassists/vocalists.  Pauley, for the record, sounds phenomenal on this album.  The band, completed by guitarists Phil Manansala, Alan Ashby and drummer Valentino Arteaga, have re-arranged a vital piece of the band but still find it’s a perfect fit.

The album begins with the title track “Defy” and it’s a call-to-arms statement of intent that will echo and shake the walls of venues across the world in the coming year.  Employing a jackhammer-like guitar riff, a riff style that features prominently throughout the album, to force its way through a glorious melodic vortex.

“Instincts” continues the relentless pace and energy which initially slows down with the emotive and anthemic “Back To Me” which shows the bands ability to mix power and beauty.  The same can be said of “Sunflower” which is similar in tone and execution.

A brilliant and energetic size 12 footstomp cover of Pink Floyd’s seminal classic “Money” is sure to be a live favourite if they include it in the set.   If you must do a cover version then this is very much the way it should be done, with due respect but also adding your own touch.

Producer Howard Benson (Sepultura, My Chemical Romance) lends his finely tuned ears to the process and the sound is as bombastic and supersonic as fans will have wished for.

The quality level never dips as future classics are birthed in the shape of “Vertigo” and “Warzone”inparticular.  The latter a brutal representation of the band at their most creatively volatile.

In summary this is the best album the band have made to date, but one suspects they will just keep getting better and better as the years roll on.  For now, this is as good as modern Metalcore gets and the band can deservedly claim top spot on this evidence.

Defy is released on 19th January via Rise Records.  The band also hit Europe for a tour in April in support of the album.  Go to www.ofmicetickets.com for details.