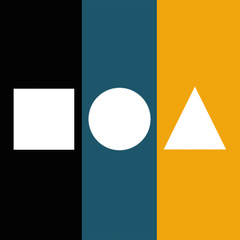 Mariusz Duda (Riverside / Lunatic Soul) releases his `The Lockdown Trilogy` this month which is an instrumental, electronic journey through our hopes and fears.

In 2020, Polish multi-instrumentalist Mariusz Duda decided to conduct an experiment. He set out to create a third music world, independent of his band Riverside and project Lunatic Soul. A world which would differ stylistically from the previous two and underline his first steps in music. In his younger years was fascinated by the works of Jean Michel Jarre, Vangelis, or Tangerine Dream and locked himself up in his room and started to think up his original music stories.

He recorded them on cassette tapes, created covers for them and arranged them on the shelf next to those of his masters. 30 years later, when the world was taken over by a pandemic and an international lockdown, Mariusz was beamed back to his childhood bedroom, reading, and drawing comic books, playing games, listening to lots of music from cassette tapes… and recording his own electronic sounds. “Why not do it again?” He thought to himself, feeling inspired. “Why not create a new project where I will play only the keyboards? And why not sign it just like I used to when I was a kid? Simply ‘Mariusz Duda'”. And that’s exactly what he did. Between 2020 and 2021, he recorded and released online three electronic albums that make up the so called “Lockdown Trilogy”.

Disc 1 is entitled  `Lockdown Spaces` and opens with `Isolated` and it`s a dreamy almost awakening of sorts with electronic synths ebbing and flowing as the number progresses. There are some more powerful synth patterns as the soundscape evolves which flow in and out throughout.  We have more of a robotic like texture to `Lockdown Spaces` with “I`m in lockdown, i`m in a lockdown spaces 1,2,3,4,5,6,7,8” whispered and some unerring whistling and breathing before a more melodic almost xylophone section connects.

`Bricks` opens with xylophone or a kind of electronic vibraphone. This submission, to me, almost sounds like the band Japan when they went through their `Tin Drum` far eastern influenced period. It has a deep synth backbone or core. The section towards the end gained a sort of drum machine beat and quietly shared vocals that reiterated “and another day has gone”. I felt `Waiting` was quite edgy with a continuous percussive sound with synth keys and beats. There were vocals gently added atop and around  with some breathy sighs that sounded slightly anxious.

`Thought Invaders` did seem quite abstract almost as if somebody were in a deep state of contemplation and something was trying to interfere with that process.

I thought `Pixel Heart` was quite ambient and sort of sucked me into its soul. There were lyrics shared in the latter part but I found them difficult to decipher.

`Silent Hall` has a strange brief soundscape that tried to put as much as possible into such a short period of time. There was an almost tribal vibe to `Unboxing Hope` and becomes quite trippy with “ I don`t know what`s going on” or something similar shared. This disc closes with `Screensaver` which is a series of bleeps and eerie textures.

Disc 2 is titled `Claustrophobic Universe` and opens with `Knock Lock` which seems to be a predominately percussive outing with a series of beats and synth swathes and bleeps adding to its overall sound. The wonderfully titled  `Planets In A Milk Bowl` has a rhythmic noise flowing through the number with a sound akin to a cassette tape compartment being opened constantly shared throughout. The last minute of so becomes quite melodic as a piano leads us out.

`I Landed On Mars` does seem to portray what it might be like to land on this thin atmosphere planet named after the Roman God of war. There`s a quite unerring brief snippet that runs throughout `Waves From A Flat Earth` which could almost be the signal that the earth sends out to encourage communication from outside of our own solar system.

I wasn`t sure what the significance of the title of the track `2084` was but a quick media search confirms that it is a shooter video game, although the music shared is fairly ambient maybe it`s how the player is feeling internally. I have to say I enjoyed `Escape Pod` which seemed to paint a picture of resting in a pod having been blasted away from the mothership. It was quite introspective but retained a slight edginess about it.

`Lemon Flavoured Stars` is pretty ambient and seems to just float along but has a sound like a tube train entering a station at the death. Title track `Claustrophobic Universe` has a piano playing but the recording seems to judder as if there`s a blip in the recording. A percussive backbeat and erratic tones join along with some breathy panting as this strange soundscape evolves, oddly captivating.

This disc closes with `Numbers And Denials` which is much more upbeat and seems to be heading to more of an Ibiza dance like vibe.

Disc 3 is named `Interior Drawings` and opens with `Racing Thoughts` which pretty much sums up what it sounds like. We have a rapid key sequence and occasional harder edged key refrains and a pulsating beat which adds to the overall feel of anxiety. Title track `Interior Drawings` has sounds akin to scraping or maybe a pencil being drawn across a page which drifts in and out as a pulsating beat takes control before fading in and out. We also have quietly shared guttural breathing sounds flitting in and out and a more melodic piano arrangement in the latter section.

`Shapes In Notebooks` has melodic piano twinkling, further scratching noises and becomes quite mesmeric as it proceeds with the sound of a page turning over at the death. We have a soundscape of bleeps and electronic rhythms throughout `Prisoner By Request` a quite dreamy hypnotic submission that I have to say reminded me a little of Materia Primoris: The X-Files Theme tune.

`Dream Of Calm` has that texture that you`d expect from a chill out cd or music associated with lowering your day to day stress levels. It has a synth undertone and an otherworldly piano segment shared throughout. The only glitch is the sound of a pencil being scratched on a piece of paper and it being crunched up towards the end. There`s a more ethereal feel to `How To Overcome Crisis` a kind of illusory passage with some lyrics shared serenely throughout.

`Almost Done` is another cut that hints towards the X-Files but is also a fairly trippy affair. In the latter section it nigh on has a kind of funky beat that underpins it. All we can ask for is `Temporary Happiness` and we get this with this tranquil submission which closes out this offering.

Disc 4 is an EP or  bonus disc named `Let’s Meet Outside` which features previously unreleased material. It begins with `It All Started With This` and the sound of a cassette player being opened then some spoken word in Polish from a child before a brief collage of sounds which ends abruptly. The undercurrent of `Lockdown 90-92` seems to be a tape spool running backwards and snippets of a child speaking, a rainfall and odd high pitched vocalisations interspersed throughout.

`Offline Reverse` is fairly abstract as it`s again a spool of music running  backwards, an electronic beat and again some random or maybe not sounds melded through. We have a quite soothing composition in `News From The World` which has a bassline that guides us along as sound echoes seem to drift in and out as this piece traverses its journey from ambient noises to an almost classical piano sequence and seems to wrap up with some tribal drumming competing for attention.

` Let`s Meet Outside` moves along at a fair pace and almost has an edge about it with a more robust bass line, a constant pounding drum beat and synth swathes.

We end with `Drawing Rain` which is a brief piano piece that gently eases us out.

`The Lockdown Trilogy` is very different to any of the projects that Mariusz Duda has shared before and i`m sure it was very cathartic at a time that was extremely difficult for us all. I found much to enjoy on these discs but I have to admit I really love what this guy does with Riverside and Lunatic Soul after discovering his music on one of my frequent trips to Poland around 2009.

This whole concept could be easily consigned as self-indulgent or indeed a vanity project but I think this artist is just happy to just share any kind of music he composes, experimental or otherwise and that has to be encouraged.

As these discs comprise over 140 minutes of music, I would suggest maybe listening to one a day and not all in one sitting as they are pretty overwhelming. LPs of the three albums are to be released separately so that may be the way to complete and listen to this trilogy.

I will certainly be dipping in and out of them as the mood takes me.