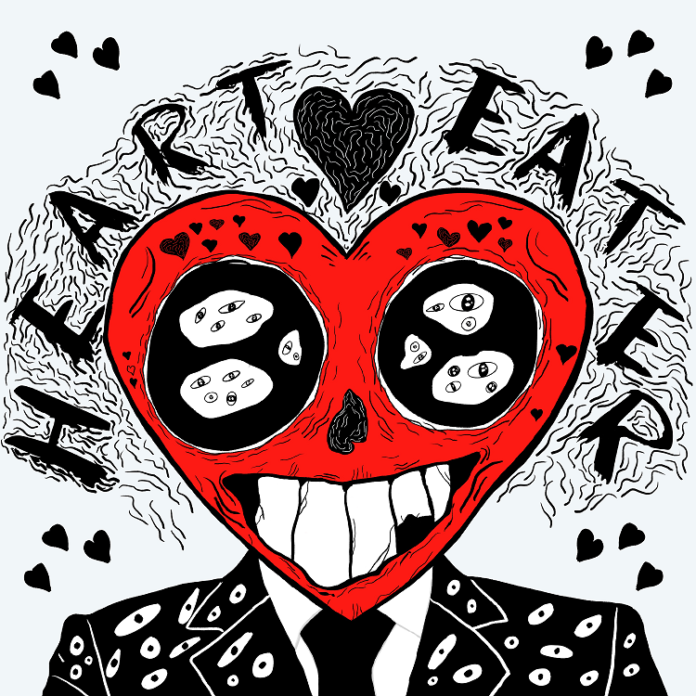 Magnolia Park are a Florida based alt-leaning pop-punk band who comprise of lead vocalist Joshua Roberts, guitarists Tristan Torres and Freddie Criales, bassist Jared Kay, drummer Joe Horsham, and keyboardist Vincent Ernst. They released their debut album `Halloween Mixtape` towards the end of last year and have a new EP ‘Heart Eater’ out this month.

This four track extended play opens with `Feel Something` featuring Mayday Parade frontman Derek Sanders and it`s a track that seems to be about a feeling of disconnection, recognising the situation and trying to overcome this sense of alienation. It`s a quite anthemic pop punk and at times emo like offering which has a quite singalong chorus. A tune that i`m sure the faithful will get behind when shared live. Chad Tepper joins the guys on `Gravedigger` and I have to admit I didn`t know who he was but thanks to the joys of the net, I discovered that he is an American YouTube star and a former professional skateboarder. The song is more of a slow burn mixed hip hop offering with punk and rock elements thrown in.

`Serious` to me, had an enthralling melodic uplifting summery vibe. The lyrics are shared quite rapidly and will really suck you in along with the catchy beat. We close out with `Tokyo” which this time features Christo Bowman, lead singer and guitarist for indie outfit Bad Suns. It`s pretty fast paced outing which incorporates a fair amount of synth elements throughout it`s lifespan.

Magnolia Park incorporates elements of hip-hop, emo and alternative pop into their eclectic mix of sounds and having listened to them they seem to have all the facets to become the next big thing.