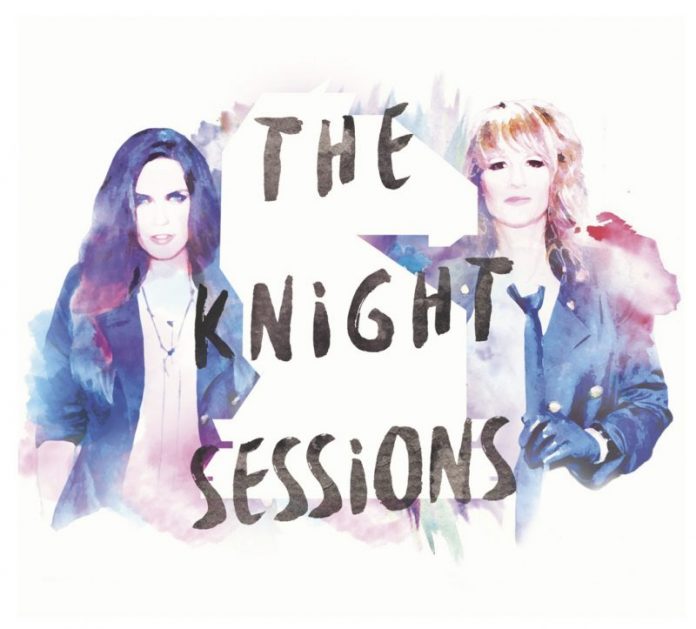 Madison Violet is a Canadian folk pop duo composed of singer – songwriters Brenley MacEachern and Lisa MacIsaac. The duo got together in Toronto in 1999.

Their new release `The Knight Sessions’ is a mix of stripped back, acoustic takes on some of their more upbeat musings as well as a new batch of poetic and heartfelt tunes.

The album kicks of with `We are Famous` which is a sort of reflection on a broken relationship and letting it go. The track is very simple but really effective with just a vocal shared over a plucked mandolin and harmonies at the chorus.

`These Ships` bursts into life with a pulsating drum beat, hand claps and a guitar taking us along on a journey as a husky vocal shares a suggestion that the couple, in the narrative, should move together to the coast from the city now that the person has their life on track.

A tweaked guitar keeps the pace going in `The Heat` an interesting song that has some difficult lyrical content. There are some superb harmonies in this offering.

`Same Sun` is quite a heartbreaking song about receiving devastating news about a partner or somebody very close and reflecting on how it could have been avoided. The agony and sense of loss can almost be felt though the vocals shared.

There is some wonderfully intricate guitar work with the girls vocal harmonies complimenting each other throughout `Ohio`. The bass joins in partway before a fiddle closes out this tune. An ode to the Eastern State in the Great Lake’s region or something more personnel?

`Hush` is a reggae infused version of the hush little baby traditional folk lullaby.  Another slightly different number is up next with `Don’t Let Your Heart Be Troubled` which had finger clicks throughout, along with a steady beat and some mesmerising strings and piano lightly blended truly enhancing the song. The understated vocals underpinning this quite ambient offering.

`Trouble` is just guitar and later an eerie fiddle accompanying and highlighting the beauty of the duo’s voices.

`Operator` is the most austere track on the album. A strummed acoustic guitar lays the base for the pleading vocals, solo and harmonised to relate this tale.

The final track `How We See Love` is a more new country tune with a marvellous lap steel guitar that really does enhance and fills out this song, supporting the harmonic vocal melodies.

There is an additional TZ mix of `Theses Ships` at the end and it’s a bouncy pop version of the aforementioned tune. The songs were a mix of folk and Americana with some really heartfelt lyrics.

This was a terrific collection from this talented duo.