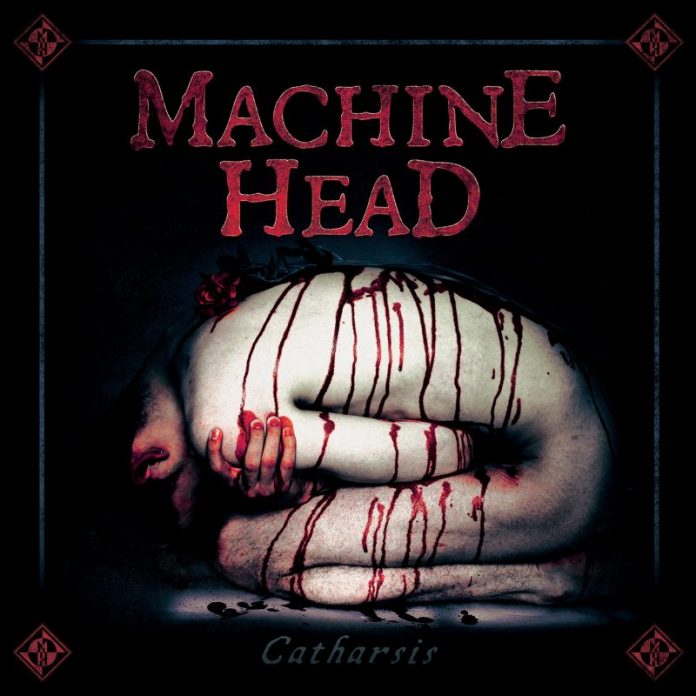 Those who want “Burn My Eyes II” need not apply

It’s interesting that the first line on “Catharsis” is Robb Flynn getting in a rage, as only he can, and spitting the words “fuck the world” at the start of a song called “Volatile”.

As the album progresses it becomes clear that the key to the record is contained in these sentiments. The album is volatile, on the grounds that it hops from one thing to the next with not a care whether you like it or not. In that context: fuck the world.

To call the album “multi-faceted” is to do it a disservice. Over the course of its 15 songs it does a bit of everything. Let’s not beat about the bush, some of them aren’t very good – the closing “Eulogy” for example spends six and half minutes doing very little at all –  and some of them will have you tearing your hair out, “Hope Begets Hope” is an exercise in hard rock filler that they are capable of achieving much better than and “Grind You Down” is more Slipknot outtake than anything else, to pick out just three.

This criticism is not a plea for a boring rehash of the past. MV is not a dinosaur, I don’t expect “Davidian” every time Flynn lets his shotgun blast, and we understand as much as anyone the need to evolve and satisfy a creative need. Indeed when “Catharsis” is good, it can take huge chances and do what it likes. “Triple Beam” isn’t far from a Korn song, but its warts and all, graphic approach works brilliantly. Similarly, “Bastards” is what it would be like if the Dropkick Murphy’s were dosed on anabolic steroids for months and fed raw meat when they were released from captivity. It is so much more too. It’s use of deliberately offensive language amounts to more than a plea for unity, more a call to arms for the rest of us.

Perhaps the biggest departure is “Behind A Mask” a full on acoustic ballad. A fine track, it perhaps more than any other, shows that nothing was off limits here, while “California’s Bleeding” is turbo charged groove rock that adds a melody too.

Wade through the filler – the punky “Razorblade Smile” chief amongst them – and there is a song here that seems to sum up the whole approach. “Heavy Lies The Crown” is nearly nine minutes of sprawling, ambitious stuff taking in everything from film soundtracks to NWOBHM guitars. It nearly works brilliantly. It’ll do as a metaphor. As will one a little earlier in the piece. On the moshpit friendly “Kaleidoscope” the hook line “songs fill what religion can’t” seems a little more important than it might be usually.

Whatever else it is – and history will judge where it stands on the pantheon of MH records, or whether it’s a “Supercharger” or “The Blackening” as it were – there is an honesty here. An honesty, actually, summed up by Robb Flynn himself. “I know some people aren’t gonna dig it and that’s always the case so who cares?” he says. “I dig it. Nine albums deep, it would be really easy for us to coast and write some middle of the road shit that won’t offend anybody.”

There’s nothing you can say to that. Flynn is right. Great art should always polarise, and this record most certainly will. Flynn has his “Catharsis “ and in time we might hail this as a masterpiece, for now, though, we are going to sit squarely on the fence.