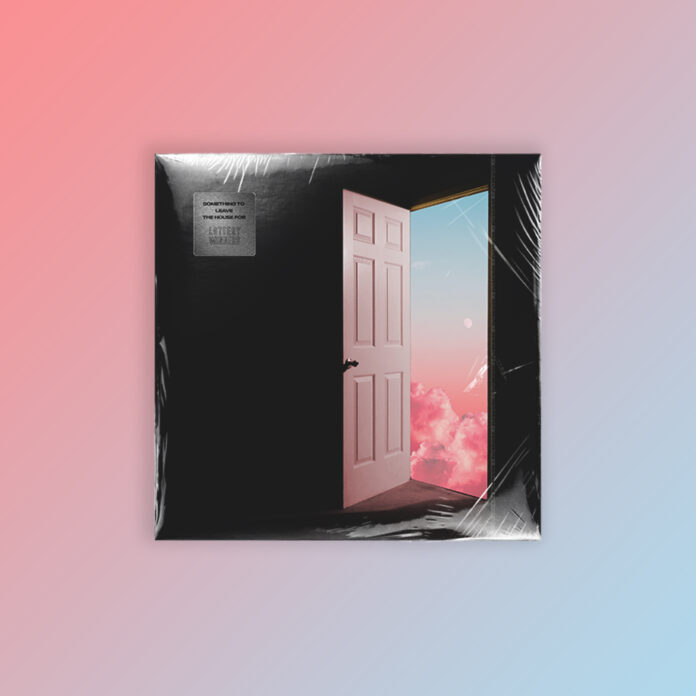 The Lottery Winners are a name I know but to be honest if you asked me how they sounded, I’d have to admit I wouldn`t have had a clue. That i`m happy to say has now been rectified with their second album `Something To Leave The House For`. This indie pop quartet from Leigh, Greater Manchester are picking up some good press and have already supported Tom Jones and have been added to the forthcoming Shed Seven tour as special guests.

The album opens with the infectious and wonderfully upbeat `Favourite Flavour` a kind of acknowledgement of what that special someone in your life means to you. The tempo of the strummed guitar along with singer Thom Rylance`s vocals will have you dancing along. The chorus is a delight when co singer Katie Lloyd joins in, a real ray of sunshine. Ironically next up is a number called `Sunshine` another irresistible bright and breezy offering with Katie assuming the lead vocal role this time.

The rhythm section of Robert Lally on guitar, Katie Lloyd on bass and Joe Singleton on drums allows singer Thom to really let his varied vocal range to shine on `Much Better` a cheery song that seems to celebrate getting through some tough times. Scottish singer-songwriter and musician KT Tunstall joins the band on `Dance With The Devil` a cautionary quite anthemic tale with again a captivating beat.

`Love Yourself` almost hinted back to the more baggy days of bands like Flowered Up, Happy Mondays and The Soup Dragons. A dreamy trippy track with a positive message of self-love. I felt `85 Trips` could have come out of The Corrs back catalogue. Katie vocals are a real joy to behold on this quite mesmerising submission.

Punk and folk singer-songwriter Frank Turner joins the band on `Start Again` a song written about leaving the past behind and embracing new beginnings and it`s a cracker. It grows in volume and pace as it evolves and at times it felt to me that it gained a similar vibe to Australian electronic drum and bass outfit Pendulum and their number `Granite`.  Singer Thom has shared that `Times Are Changing` is “a song of hope and of better times. We all deserve that. It’s bold and it’s brash, and it’s the soundtrack to the restart of life.” and there`s probably no better way to sum it up, a brilliant foot tapper.

`Hotel Deville` is quite funky with Thom leading but both singers trading vocals at the chorus. Katie heads up the vocals on `Love Bites` a lighter enchanting number with more of a pop texture.

Louise Wener from Britpop indie stalwarts Sleeper joins the band on `Bad Things` a song about how life can be unfair, and good fortune can land in the lap of the people who deserve it least. It`s a quite dreamy, trancey, spaced-out affair which will really suck you in. We have a stripped back acoustic number in `Overthink Everything` with Thom and Katie sharing vocals throughout.

Title track `Something To Leave The House For` is almost a ballad of sorts. A declaration of love for somebody that is important in your life and makes you want to partake in life and it`s trials and tribulations. The album closes out with `See You Later` a nigh on anthemic composition which seems to relate to an uneasy relationship.

I have to say there was much to enjoy on Lottery Winners album `Something To Leave The House For`. It has enough of a variety throughout to engage and please most people. I read them described as “Deep thinkers wrapped in the bubble gum shine of pure pop” but think that`s probably doing them a disservice as they seem to be so much more.

The band are out on the road this coming month and as the album title suggests it`ll be definitely `Something To Leave The House For`.