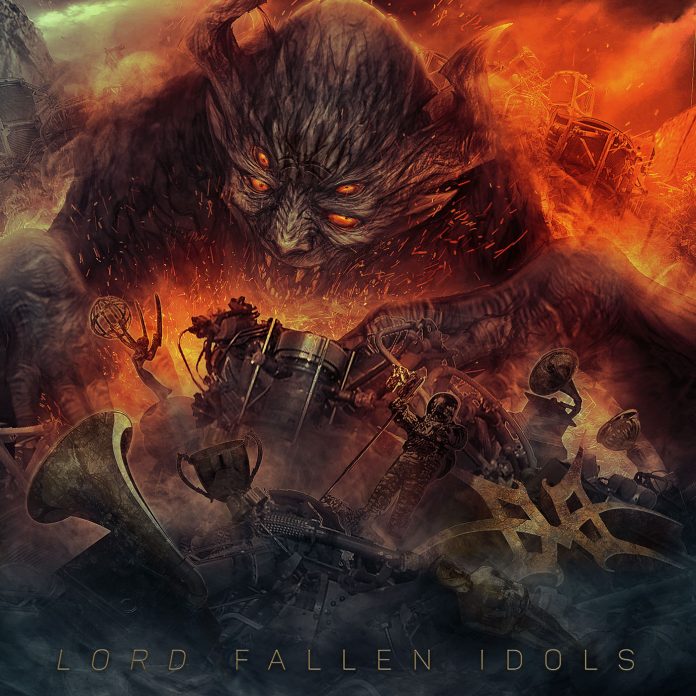 I think it is called “damning with faint praise.”

I went to a festival the other week. A great day was had, and although I’d gone as a fan, I reviewed it. It’s what I do.

The day was sort of punk, I guess. And the review did ok. There was a comment on one of the posts, though, from someone who said: “not bad for a guy that mostly does metal….”

The weird thing is, this website was originally going to be called Maximum Volume Metal. Then I realised that was too restrictive, that I like loads of other stuff, and that, essentially, I didn’t give a monkey’s whether something was metal or not. Just that it was good.

And, it has to be said, most metal these days, doesn’t do it for me. The really heavy stuff has always left me cold. Don’t growl at me. The stuff that sounds like Judas Priest is, well, better done by Judas Priest and, as for the stuff that they called “djent”, that was too techy and without heart in my book.

All of which preamble is a set up for this: Step forward Lord, because this is one of the best metal records in a long time.

It’s obvious, to be fair, as soon as the opening 15 seconds of “United (Welcome Back)” are done, that this is both resolutely heavy metal, but also classy and extremely well done. The drums thunder. The bass pummels, and the guitars don’t riff, they slash.

“Immortal” shows all the power metal bands in this world how it is meant to be done. Epic, sweeping and ambitious, this is not the work of some wet behind the ears newbies. Rather, Lord have been at this nearly 30 years, as first Dungeon and then this outfit, and Lord Tim has the voice for this, he really does.

“Fallen Idols” concerns itself with those in public life who fall from grace, but while that’s great and all, what you’ll notice is the double kick drumming from Tim Yatras (who is session drummer here), and the fact that it has a touch of Dream Theater about it.

Lord themselves reckon their music amounts to the “best damn mix tape you’ll ever hear” and there’s a bit of that, sure. “Wilder Than The Wind” is more of a gallop and a lot of fun, “Nod To The Old School” is just that, while “Chaos Raining” is a little darker, bleaker, more dystopian, perhaps – although saying that, if you fancy a good old fashioned headbang and don’t want to analyse much, you can do that too.

There is a menace to the balladic sheen of “Counting Down The Hours” – indeed, shouldn’t there always be in metal ballads. It wouldn’t be too much of a stretch to see this as being on a Blaze Bayley record, perhaps. It has that vibe.

A thrash band in their mid-period (when by their own admission they weren’t as open as they should have been), they have resurrected that on the fabulous “The Edge Of The World”, which is heavy as hell, and if there has been a hint or two of Iced Earth before, then “Kill or Be Killed” can’t deny the influence any longer, and the magnificently mighty – and just plain magnificent – “Master Of Darkness” finishes things in much the same way the rest of it has worked. That is to say, it belongs in the top draw.

“Fallen Idols” is fabulous. It may even restore your faith in metal, or if you’ve loved it all along, then great. Whichever is you, though, Lord have done something almighty good here.