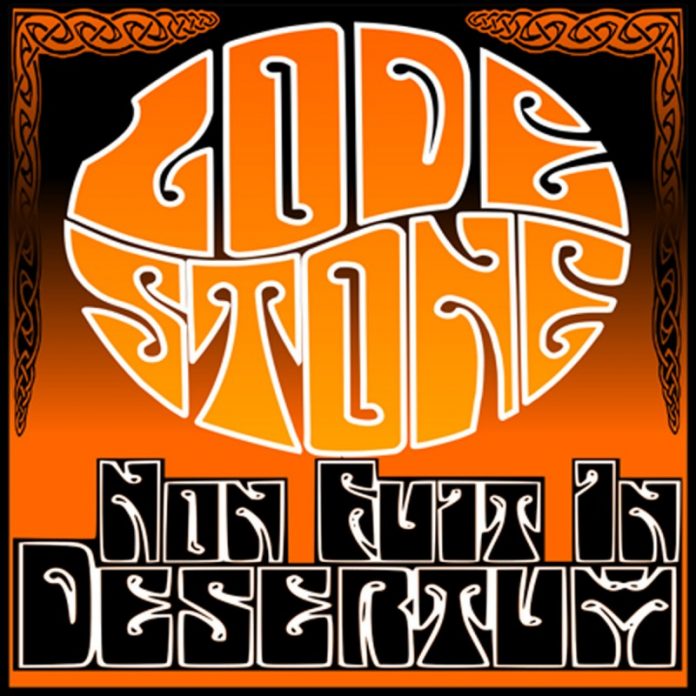 Without shedding too much daylight upon magic, this having a website business, is pretty tricky sometimes. Again, without wanting to look like you are moaning, we get hundreds of albums through the inbox every week. All of them want you to review them. Some of them tell you why you should. This one came with a very polite note that said this: “Lodestone are a UK (Nottingham/Derby) based band who take influence from bands like Kyuss, Monster Magnet, Sleep and Orange Goblin to create a unique, riff laden, bombastic mix of Heavy Rock, Metal and Desert/stoner Groove.”

Now, that’s lovely, and all the boxes are ticked to at least get MV interested – mention of Monster Magnet and Orange Goblin is a sure-fire to the iPod – but then about twenty emails a week say the same.

The difference here is pretty simple: Lodestone make good on the claims by being downright great.

The four tracks that make up “Non Fuit In Desertum” understand an absolutely key factor, that it’s all very well being influenced by these bands, but you’ve got to infuse it with something a little bit more to make it special. That’s what they do.

Opener “Tokyo Haze” wraps up a huge, fuzzy riff around lyrical defiance. “I never listen to any warning, if I did I’d fucking care” suggests its first verse, and that established, they are off doing their own thing and exploring the dirty underbelly of desert rock – and doing it superbly. Right on the middle of “…..Haze” there’s a laid-back psychedelic section, but when it finally winds its way out, it does so with a barely disguised sense of violence.

Fittingly the rest of the record has the whiff of a beer-fuelled scrap about it. “Threeonenine” has a very British quality that makes good on those Orange Goblin promises, “Nullifidian” is like an out of control wrecking ball and once its momentum builds it’ll take a brave men to stop stop it.

Things end with the raw feel of “Virginia Lake” which owes just as much to hardcore as it does to desert rock, and “the pricks with money who really messed it up this time” aren’t spared.

There’s quite a scene in the East Midlands right now, as the likes Doomsday Outlaw seem to have some swamps just south of the A52. Here’s another band to watch out for. If this is anything to go by the debut album later in the year could be very, very good.