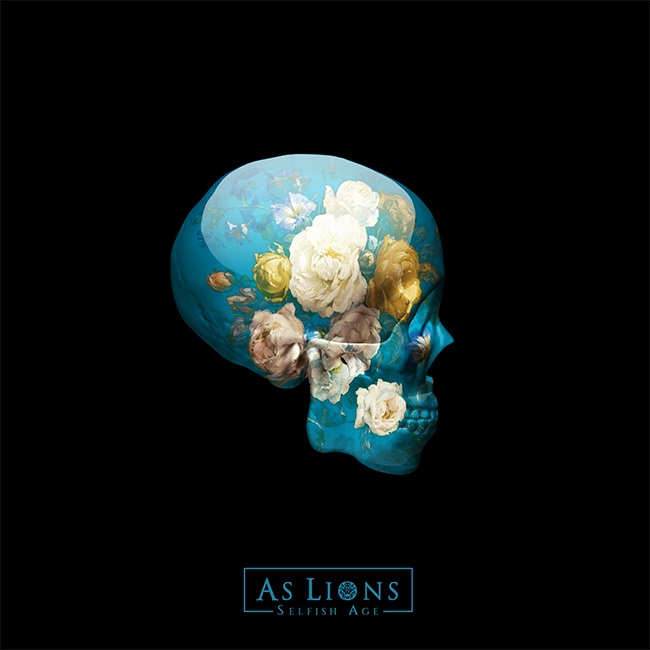 Next stop. The world

If you set out your goals at the outset of making a record as being to: “to create the biggest, baddest hard rock we could, and on an almost cinematic scale.” And reckon that now your debut record is out you would like: “world domination”. Then it’s fair to say that you aren’t too interested in being on the unsigned circuit, nor are you about to settle for a life of playing pubs.

It’s also fair to say that you had better be a bit good, or else…well, or else you are going to look like a bit of a tit.

Yet, those things were the stated aims of As Lions. In fact, they were a mission statement, a mantra even. Even more amazingly perhaps, they’ve pulled off the first part with breath-taking ease.

At this point it might help to get some background on the five piece. As Lions,, y’see aren’t your normal kids starting on the road to potential stardom. Three of them, singer Austin Dickinson, Conor O’Keefe on guitar and keyboards, and fellow six-stringer Will Homer, used to be in the nearly huge Rise To Remain and have already had a run around US arenas with Shinedown and Five Finger Death Punch.

But if the pedigree is there – and anyone who doesn’t know who Austin’s dad is should go to another site immediately – and the ambition is unmistakable, then that still means the third ingredient in all of this needs to spot on too. The songs.

And here’s where “Selfish Age” really scores, because it is an almost flawless modern rock record. Gone are the screams of RTR and in their place are nothing more than 11 songs that are destined to be played arenas all over the world.

Everything about “…Age” is huge. Right from the opener “Aftermath” to the closing “The Great Escape” every second is quite simply massive. Whether it’s the fists in the air hooks, or the riffs or the gargantuan choruses, then the whole thing has a real “look at me” feel.

“The Suffering” with its meaty, driving thump is not going to die wondering, “Bury My Dead” with its piano opening combines its intelligent, reflective lyrics with a chorus that is something like taking a wrecking ball into Legoland. You cannot contain it, you can’t stop it, rather it is just an inexorable force.

Best of all, perhaps, is the mighty “Deathless” which takes the internet to task and probably wins, as well as being something that is built for the moshpit.

That As Lions do all this most of the time in less four minutes is to their eternal credit. The title track is a pulsing, almost electro tidal wave. “White Flags” possesses a rare kind of insistence, while “Pieces” is, even for this, big in intent.

Many of the songs here are ushered in on the back of keyboards, “World On Fire” takes this a stage further and is a modern take on the power ballad,  a road that its counterpart “One By One” also manages to travel down – albeit with more of a clenched fist.

“Selfish Age” is not a record that feels too organic, and you feel that work in the studio with  David Bendeth (Of Mice & Men, Paramore, Bring Me The Horizon) and  Kane Churko (Five Finger Death Punch, Disturbed, In This Moment) was crucial. But that’s not to say that isn’t viscerally exciting either and “The Fall” is probably the pick of the outright slammers.

Debut albums have no right to be as accomplished as “Selfish Age” and this collection could take them as far as it appeared that Rise To Remain might have done at one stage. It is fair to say that this is a better record than anything RTR managed, mind you and that “world domination” thing? Don’t bet against it.