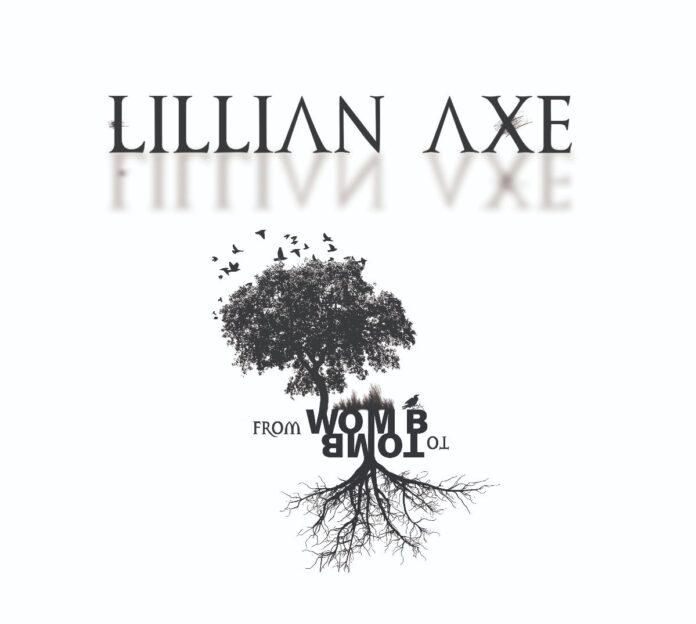 I’m a child of the 1980s. I loved glam rock. Ratt, Poison, Cinderella, Warrant. I can still sing you all their songs to this day, so you best believe I was all over Lillian Axe. The band that Robin Crosby of Ratt wanted to Produce and who Jani Laine (Warrant’s singer) nearly fronted.

They were a big deal back in the day too. Major Label when that meant something, but they were never quite the hair metal band (deliberately using that phrase although I detest it) band that the promo pics and the articles tried to make them into.

Maybe it was because Steve Blaze was all the way down there in Louisiana and not the Sunset Strip, maybe they were natural outsiders, but even back in the late 80s when we were buying their stuff on Import from Tempest Records in Birmingham (anyone under the age of 40 ask your parents…..) they were some way removed from nothin’ but good times, girls, girls, girls and mixin’ up batter so she licks your beater.

But nothing – and I mean nothing – will prepare long time fans for “From Womb To Tomb”. Their first album in 13 years not only rips up the rule book, I’d argue that its comfortably the best record Steve Blaze and his troupe have ever made.

If we’ve established now what it is, then lets also say what its not: and that is a conventional hard rock record. Forget that.  This is a commitment. Both on behalf of band and audience. “Breathe” is the one where the credits roll, where a record of real gravitas announces itself.

When it gets going, as it were “I Am Beyond” is more akin to something like Dream Theater than Danger Danger, and new singer Brent Graham announces himself. Indeed, the album is more prog than anything you’d imagine. The piano of “Never-ending Me (Dempsey’s Kick)” is wonderful – but this is the one. The way this one builds into a genuine metal track by the end is stunning.

Of course, this is all possible because Steve Blaze has a proper foil. Sam Poiteven is the star of this show, given his guitar work and harmonies, but his contribution elsewhere is mighty too.

There’s a slight nod to the past with “Golden Dragon” – it chugs and is slightly more immediate than some of the others – but there’s something so delicious about the fact they’ve gone full on Spock’s Beard on the likes of “Migrating North”. It’s truly glorious and frankly quite anarchic.

“No Problem” has an acoustic, quasi folk feel, probably to act as a palate cleanser before the wonderful “Dance Of The Maggots” and all its choral, religious imagery. It’s full of foreboding and there’s a dark underbelly.

Indeed, given that the album appears to be autobiographical and at least in part a concept record, you can only imagine what Blaze is wrestling with on “The Fall Of The Human Condition”. Pain of Salvation fans need to get here fast.

There’s a sense of loss, as if the lyrics are loaded with a confusion, “The Great Deception” has some unsettling harmony, but the thunderous “Feelings Of Absinthe” has a riff that shakes everything in its path.

Perhaps because this album is a beast, there’s some instrumental pieces, but the spoken word “Finally,  Clarity” instructs you to “embrace the journey”. In doing so it seems to usher in Act 3, in a fashion, and death consumes the thoughts.

“From The Mountaintops” is so big in scope that its highly likely that Avantasia might think it a bit OTT, but it proves what a singer Graham is, and “Ascension” does more than dot the I’s and cross the T’s. It is a moving work in its own right.

“From Womb To Tomb” is best consumed whole. Forget the bitesize, forget Spotify playlists and skipping tracks here and there. No, this is an album that almost demands you treat it with the reverence it deserves and don’t dip in and out. Do that and the rewards are rich.

On any level you care to utter the word, the album is incredible.