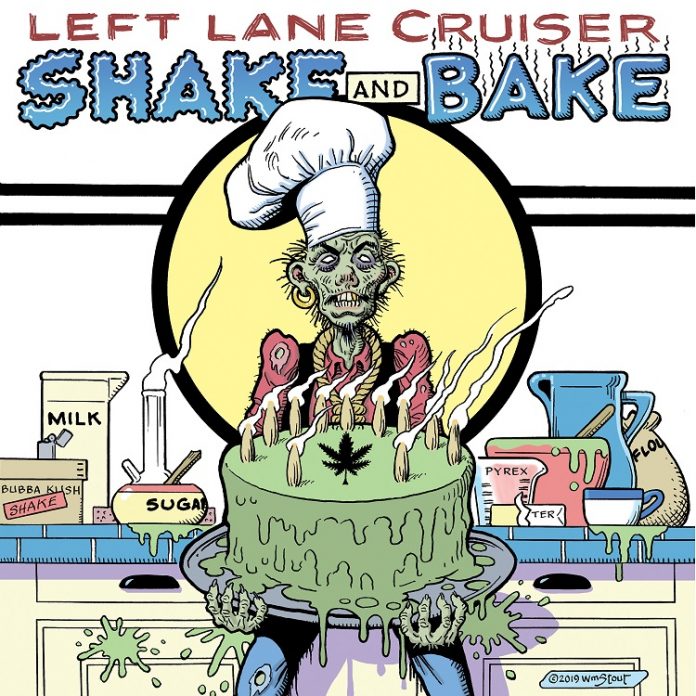 I am a huge fan of Jason And The Scorchers. They were the band that ignited a love of country in me.

I saw their main man Jason Ringenberg a month or so back. Playing a solo show, yer man (who has a parallel career as a children’s entertainer) had the crowd singing a couple of kids songs that he’s written. And Oddly these were the highlight of the gig.

Certain artists, though, they don’t lend themselves to such endeavours. Christ almighty, if Freddy J IV,the leader of the Left Lane Cruiser, ever decides to do family, wholesome stuff, then can someone count me in? Goodness me, it’d be the best laugh ever.

Until then, I am not letting my baby niece anywhere near this….

It isn’t even what he says, mostly, rather how he says it. There’s a bit on “Shake And Bake” – the second song here as well as the title song – where he sings the line: “well, god damn, how do you do, man? We’re here to rock n roll” and I’ll swear it sounds like a threat.

The actual brew itself sounds like a dishevelled version of Clutch jamming with Seasick Steve (although you suspect there is more authenticity about LLC than Mr. Seasick) it swings, it grooves and it is scary as all hell.

The opener here, “Two Dollar Elvis” is built around a brilliant drum pattern from Pete Dio, and you wanna talk catchy? This one will have you in the clinic for some cream.

“Smoke Keeps Rising” doesn’t even try and hide what it is about. Guess? “Breaking You Down” is lighter, airier, and has the vibe of a chilled-out man in his rocking chair in the sun, who is not planning to move anywhere all day unless he has to, and if “Smooth Commander” moves things to the swamp a little, then that’s just fine, because Freddy is a gifted player, he really is.

“Roll Me” is a case in point on this, blistering lead, and its striking how many different tones they can muster on these things, while “Sweet Love To Shine” actually sounds like a big old rock n roll groover.

“Mule Plow Line” – which features a slide guitar solo from Jimbo Mathus best described as utterly stunning – has other things on its mind. Freddy wants to “tangle with my baby until I get her satisfied” and sweet Jesus, I kinda feel sorry for the woman. And intrigued. All at the same time.

“The Waltz” is more suited to the strip club than Strictly Come Dancing and “Detroit House Party” which ends things not only lets its hair down a bit like a hairy old 70s rocker, then the idea of the “house shaking all night” is much fun, although I’ll decline, because frankly I am easily scared.

See, for all that they are fabulous, LLC are also the dirtiest, most primal sounding, filthiest blues you ever heard. If Freddy had done a Robert Johnson at the crossroads and sold his soul, then the Devil would have learnt some new stuff. Satan, only knows what is cooking in this pan. Whatever it is, you can keep it, and I’ll stick to my jam sandwiches. And listen to this wishing I was really Freddy J IV.