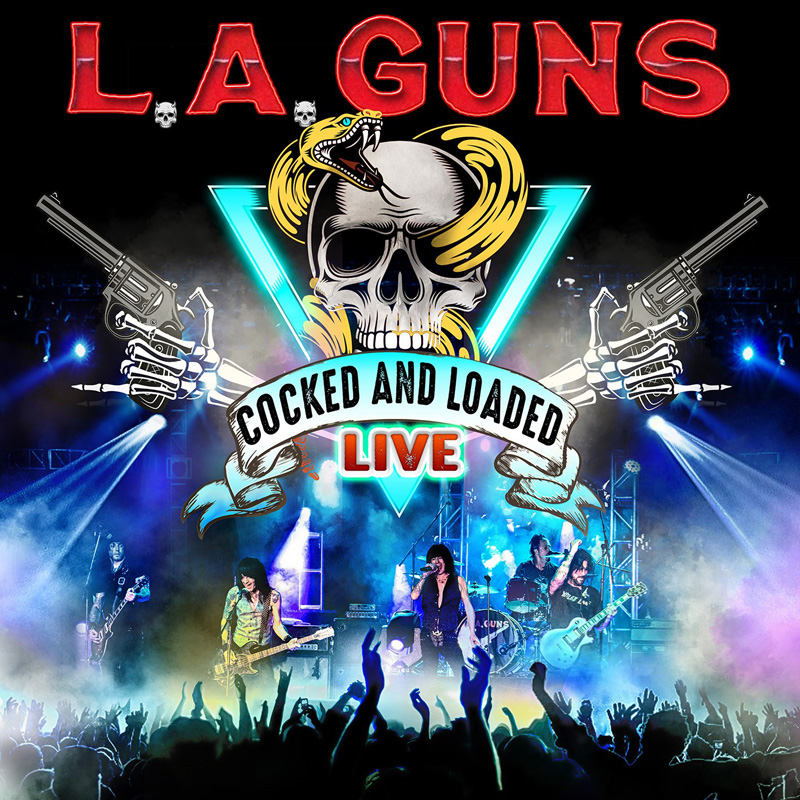 On the 20th of November 1991, something occurred that was to shape my life forever and without it, there might not have been an MV.

That night, I went to my first ever gig. MV’s Donnie was with me, as he was at the last one I went to as it happens, and what happened that night had a profound affect on us both.

We’d gone to the National Exhibition Centre Arena – we were 16 and my dad took us – for a three band bill that was headlined by Skid Row (in their pomp, then and nothing has been more dangerous before or since) and opened by Love/Hate.

Right in the middle were LA Guns. They were on their “Hollywood Vampires” tour effectively, but we were fans already. You couldn’t love the music we did (still do!) without being all over their debut record.

Their second one “Cocked And Loaded” came out in 1989 and spawned the mega hit “Ballad Of Jayne”, and one or two crackers. They are all (give or take the intro and the solo)  here when they decamped to  Fremont Country Club in Las Vegas, NV to play it.

And that’s essentially all you need to know about “Cocked And Loaded – Live”. I’ve seen this version of Guns since they came back (and the presence of Tracii Guns and Phil Lewis means it’s the real deal, I stand by that) and they sound great. As sleazy as hell, like a biker gang that would happily bring a knife to a gunfight.

One listen to “Slap In The Face” tells you that, if you didn’t already know. It sounds utterly filthy, Ace Von Johnson has a way of making everything sound like that and he’s the perfect foil to Guns.

“Rip And Tear” is better than you remembered – or I remembered anyway – “Never Enough” is a brilliant glam rock song, played by masters of the craft, and the fact they always had dirt under their finger nails is amply proved by the brilliant and bonkers “Malaria”.

Listening to the record now,  you do wonder if the fact Lewis is English sets this band apart. He approaches the thing with a kind of insouciance that suggests he isn’t really bothered, but it works and when they play “Speed” (“yes I know it wasn’t on the album,” he responds to an audience member, “but it should have been….!”) it is perfect. So much so, that ends up being a highlight.

The elephant in the room, though. And it’s the fact that one of two things is true: either there’s no one there or whoever was recording the crowd wants sacking. The live album needs atmosphere, that’s why those online gigs weren’t to my taste and this – frankly – has none whatsoever. Lewis is moved to say before “…Jayne” “this is a gig, right?” That doesn’t detract from the fact that these songs are brilliant – and my goodness how they stand the test of time – but it does give the record a quite odd feel.

It is fitting then, perhaps, that the last song of the night “I Wanna Be Your Man” ends in odd fashion. Two minutes after it finishes, you sit listening to the murmur of the crowd, assuming there’ll be an encore. There isn’t.

“Cocked And Loaded Live”, then, is pretty much exactly that and nothing more. LA Guns, though, will always be one of the seminal bands as far as I am concerned, so this is a record to love despite its oddities.