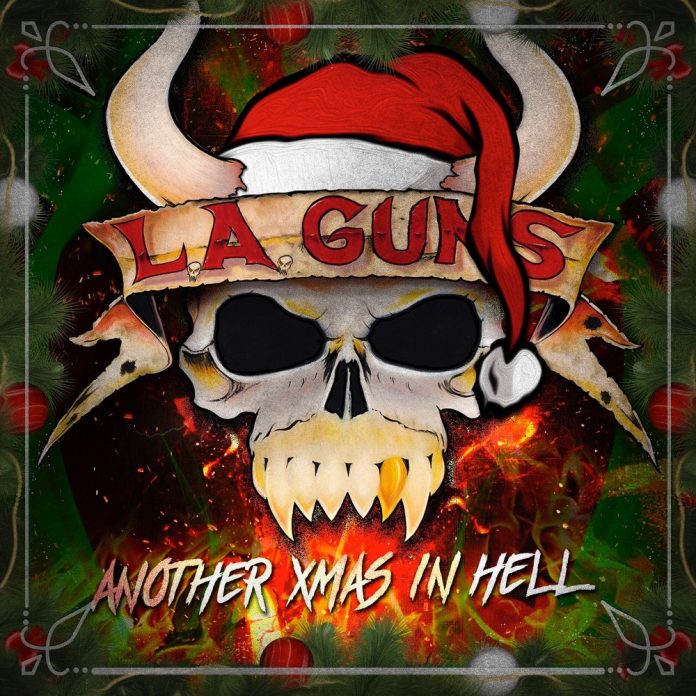 And yet, here I am reviewing the second one I’ve done this festive period, bloody hell, if this keeps on I’ll do the Chris Kamara and Robbie Williams ones next *(I won’t I’d rather gouge my eyes out with a spoon)*.

So how come – you have every right to ask in fairness – is a man that hates Christmas reviewing yet another Christmas record?

Well, the answer is two-fold:

I am safer ground with the four others.

“Merry Christmas Everybody” by Slade. Is sneered by Phil Lewis in such a way that suggests that he’d rather the family didn’t arrive, “Dreidel” is eight seconds that Bad Religion would be proud of, “There Ain’t No Sanity Clause” updates the original and basically proves The Damned wrote the best Christmas song ever.

The last one, “Merry Christmas (I Don’t Want To Fight Tonight)” was also on the other Christmas helping I reviewed, only here, it sounds like Guns, Lewis and the boys are getting through the holiday period by sniffing lots of glue.

So whatever you’re doing on the 25th, rest assured LA Guns understand it’s probably hell. And they’re here to help you through it.