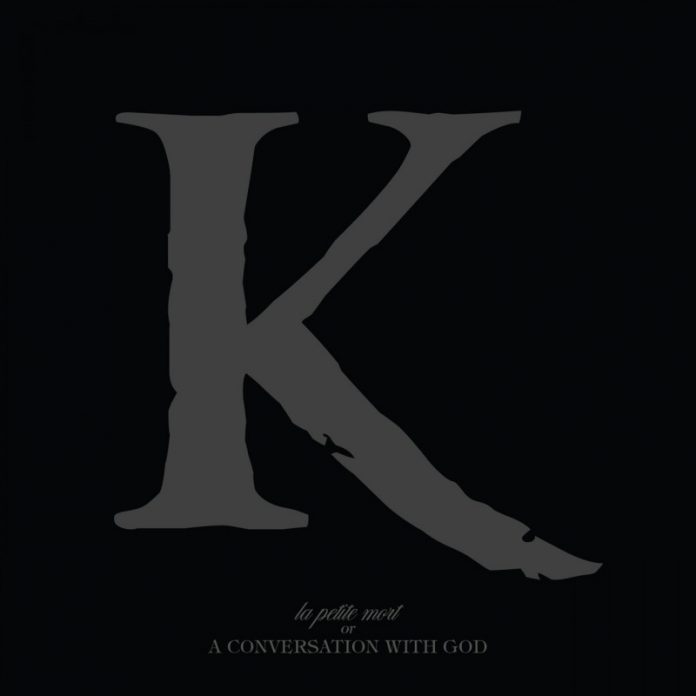 Lets establish a couple of things from the get-go. “La Petit Mort, Or A Conversation With God”, the second album from Flint, Michigan’s (that bit is really important) King 810, is terrifying. It’s also astonishing – on every level.

Plenty of bands like to claim they are the “most dangerous” in the world. Listening to the bleakness and violence contained with these 13 pieces (you hesitate to call them songs) that make up this collection, you can probably conclude that King 810 are.

There’s no hope here either. But it would be wrong to call “….God” nihilistic. It’s more that David Gunn’s words recognise – and more to the point seem to accept that death is the only way out.

Like the first line on “Alpha Omega” says: “welcome to the truth.”

The startling dark almost poetry – certainly Gunn is a performer rather than a vocalist – is perfected a few times here “Give My People Back” for example is brilliant and the polyrthymic backing (like with the words, this is not music in any conventional sense) and the seething rage and undoubted passion of “Vendettas” is almost tribal.

When you approach songwriting from this perspective, you can do anything. The genuinely unsettling “Black Swan” has a classical overtone while a prisoner writes a letter to the “victims kids.”

That life on the streets of Flint, one of America’s most deprived and violent cities is laid bare, warts and all, throughout, but never more worryingly than “The Trauma Model” while “La Petite More”, which likens life there to a death sentence is the most starkly brutal eight minutes of 2016.

“I Ain’t Going Back Again” is as near as dammit a rap effort, “War Time x Trick Trick” is actually one, and for the last few the record changes tack a little – sonically at least. Seeming to calm “Life’s Not Enough” would in other hands be a blues tune, and the jazz stylings of “Me And Maxine” cast Gunn as having an affair – which is just about the only time we get close to love here.

“Wolves Run Together” is a pulsing affair, unrepentant and unashamed study of gang culture, making its intentions totally clear, with the repeated refrain of “just kill em” being whispered again and again.

It ends with its “other” title track and “A Conversation With God” is more a one way polemic from a prison cell and just in case there was any doubt that this was the most violent record you can imagine, it has the idea that “lord forgive me I ‘m not helping much at all/if they come for me I’ll use their blood to paint the walls”.

That, if nothing else indicates that this is anything but your normal record. In fact it is one the most ambitious and challenging of 2016. Enjoyable seems like the wrong word to use about the hour of pain and suffering contained within, but King 810 have certainly made something that is compelling in the extreme.