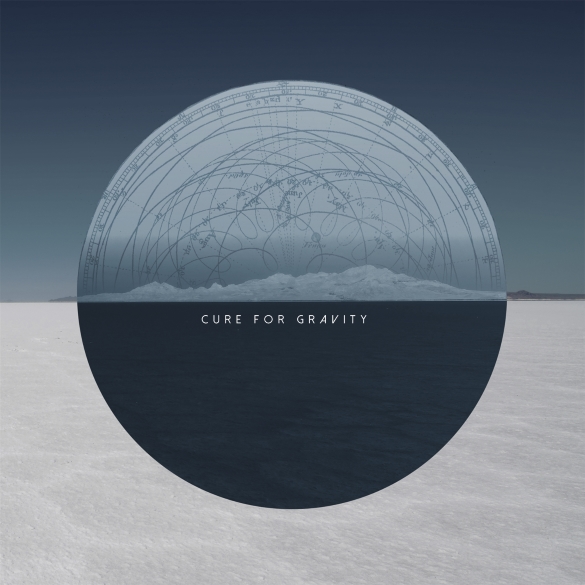 September 14, 2016
Reading time: 3 min.
Facebook
Twitter
Pinterest
WhatsApp
Linkedin
Email
Print
Telegram
Copy URL
By Andy Thorley
Cinematic trio with an album out a month today
Cure for Gravity delivers an entrancing amalgam of atmospheric synth/alt/prog rock that is cinematic in nature. The trio of Joe Markert (lead vocals, keys, guitar), Chris Gamper (drums and percussion), & Dave Walcott (lead guitar) will release their self-titled debut Cure for Gravity worldwide both physically and digitally on October 14, 2016.  Sometimes classified in genres ranging from Progressive Pop or Synth Rock to Cinematic Alt Rock, Cure for Gravity finds comfort in playing music to a rare world and its listening inhabitants, and will be touring in support of the release throughout 2016 and 2017.
On their new album, the band uses an eclectic blend of electronic and live elements to untether their listeners from this world and transport them into an audio landscape of their own design. Cure for Gravity draws inspirations from an eclectic range of sources, from classic Prog-Rock bands like early Genesis or King Crimson to the experimental electronica of John Cage, at times evoking The Cars or Emerson Lake & Palmer, as well as more recent references like Radiohead, Album Leaf, God is an Astronaut, and The National. It is precisely this eclectic delivery that keeps their fans engaged from track to track and show to show.
Lyrically, Cure for Gravity deals with isolation and helplessness in the face of seemingly insurmountable odds. The theme not only fits well with the musical background, but also with the turbulent times we are living in. “BlackMetal,” the album’s first single, explores dark dystopian territory that eerily reflects today’s political landscape, and the band has produced a cinematic music video for the single that perfectly captures this mood. “Push,” their second single, delivers a more optimistic outlook while simultaneously retaining the darker feel of the albums co-inhabitants. “Sunspots,” another of the album’s standout tracks, is an unsettling and dark blend of a Pink Floyd inspired soundscape alongside lead singer Joe Markert’s haunting and Jeff Buckley-esque vocals.
The remainder of the album maintains this sonic thread, shifting us back and forth across the red line from the melodic anthem of “Tonight” all the way through the final John Barry-sounding closer “Killing for the Queen.”  With their new release, Cure for Gravity has displayed a full ownership of their sound, curating their diverse blend of influences into a unique musical offering while showcasing an impressive range of musical talents.
No strangers to hard work, the band has created their own independent record label, Cure for Gravity Records, to release this debut. Cure for Gravity was recorded at 25th Street Recording in Oakland, CA, and produced by Gabriel Shepard and Joe Markert. Expect more new music, the release of the “BlackMetal” music video, and touring both in the USA and Internationally throughout 2016 and 2017.
The Cure for Gravity album will be released worldwide on October 14, 2016 on all digital platforms and in select retailers.
For more information and touring schedule check Cure for Gravity’s website:http://www.cureforgravity.net/