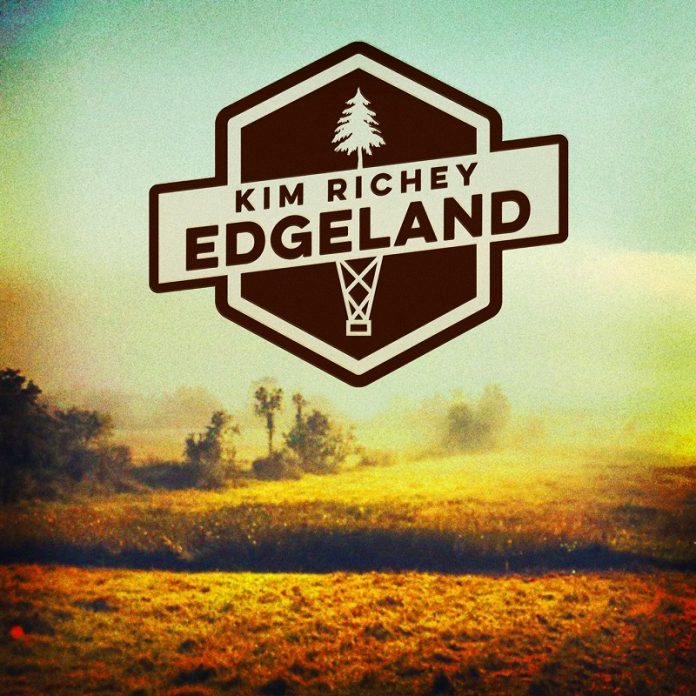 Since releasing her self-titled debut album in 1995, you can’t call Kim Richey prolific. “Edgeland” is her first album in five years, and only her ninth overall.

Such a career trajectory tells you two things. Firstly Richey is probably busy doing other things, and second that she only releases an album when she’s got something to say.

The first bit is most definitely true. As a songwriter, Richey has written two Number One hits for Radney Foster (“Nobody Wins”) and Trisha Yearwood (“Believe Me Baby”), the latter of which was Grammy-nominated, as well as tunes for Mary Chapin Carpenter, Gretchen Peters, Patty Loveless, Jamie Lawson and Jim Lauderdale. Her vocals also appear on Jason Isbell’s praised “Southeastern” album as well as albums by Ryan Adams and Shawn Colvin.

The amount of awards she’s picked up over the years make the second statement true too, but most pertinent to the here and now is the fact that this glorious 12 tracker will doubtless see her racking up plenty more.

Working with three different bands on “Edgeland” means that the cast list is like a who’s who of the Nashville scene, and the quality of musicianship is more than backed up by the songwriting here. Right from the opener, the laid-back fiddle drenched country of “The Red Line” (sample line: “I’ll lean against the wall and watch the world go by “), to the closing harmonies of “Whistle On Occasion” (a duet with Chuck Prophet that is as timeless as it is gorgeous) there is a class shot right the way through this.

If these songs are bound together by one other thing, it is the storytelling. Richey has said that: “It’s always more believable if you sing it in the first person.” And she does throughout. The result is that she – and the listener – are immersed in the characters. Such as the one in the wonderful “Chase Wild Horses” who has “done things I ain’t proud of, that I can’t even stand the sound of,” or the one with the cocksure, sassy side that is in “Leaving Song” who is “going way down south into Mexico”. Given the amount of places Richey has lived in, you’d guess that this one is more her.

Whatever the real story, Richey is a magnificent writer. “Pin A Rose” wallows in despair at seeing a victim of domestic abuse return to the same situation – that she does it in such a radio friendly way is remarkable.

“High Time” on the other hand combines a longing for something more with a sun-drenched strum, while “The Get Together” which sees Mando Saenz provide the harmony vocals, is as dreamy and laid back as a man in a hammock with tomorrow off work.

There’s a touch of Tom Petty about “Can’t Let You Go”, while there’s a sense of deep longing and sadness about “I Tried” and nothing says longing like Lap Steel. To that end, the work of Dan Dugmore is perfect here.

Even allowing for the fact it is meant to sound believable, there is some fragility in “Black Trees” that doesn’t appear elsewhere on the record. “A kind word would break my heart” she sings, and that sentiment isn’t something you find on the rest of “Edgeland”.

And as invested as you are in the characters you can’t help but feel sorry for the character in “Your Dear John” over some Springsteen “…Tom Joad” era dustbowl acoustics, the last line “if I don’t read your letter, you can’t make me your dear John” is so full of sorrow that you feel like putting an arm round the ship worker in question. Likewise, “Not For Money Or Love” is a sure-fire classic in the making and exemplifies the skill here.

The art of storytelling is not dead. Character based songwriting is rarely better than this. A couple of months or so back there was a review of the new Walking Papers album on this site. A rock album, it is a world away from the work of Kim Richey, nonetheless, there was a line on one of its songs that kept ringing around while writing this review: “the truth is somewhere near the middle, that’s why I prefer the edge.” And that is what makes “Edgeland” so very, very good.

Previous article
BAND OF THE DAY: DEADSET DREAM
Next article
Dying For Vega