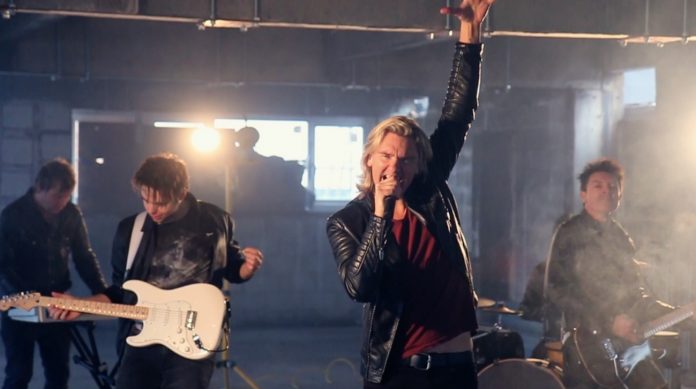 ‘Worth Dying For’ is the new single by UK melodic rock stalwarts VEGA.

Already playlisted by Planet Rock radio station, the song is included on their upcoming fifth album, ‘Only Human’.Self-produced by the group and mixed and mastered by Harry Hess (of Harem Scarem), the twelve songs that comprise ‘Only Human’ see VEGA take their songwriting and musicianship to the next level.

“We wear our love of 80’s rock music on our sleeves, but we also have injected our love of modern rock music to it. We aren’t trying to rehash anything: the sound we have achieved is 100% VEGA.

We didn’t want to try and guess what people expect and get it wrong,” says singer Nick Workman. Following the release of their last album, 2016’s ‘Who We Are’, VEGA remained busy promoting it until returning to the studio to record ‘Only Human’. They toured with Magnum and Dan Reed Network,appeared at festivals such as Steelhouse, Planet Rock’s Winter’s End, Hard Rock Heaven AOR5,

Nordic Noise, Amplified and Rockingham, plus a headlining slot at the Melodic Rock Night in Padova (Italy) and UK and European tours in their own right.

VEGA will perform at the Wildfire Festival in Scotland on 23rd June, then hit the road for a UK tour.

Confirmed dates are as follows :