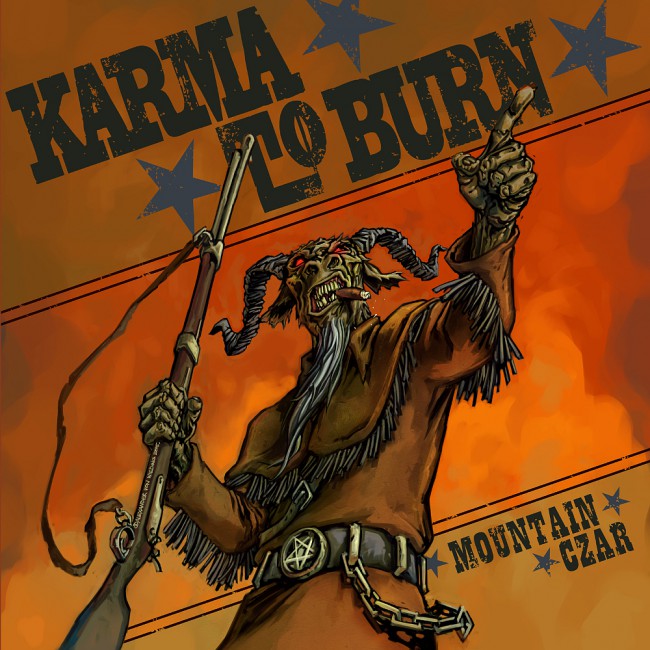 Back a few years ago now, British rock institutions, The Wildhearts, released an EP entitled “Riff After Riff After Motherfucking Riff” and that really sums up not just this five tracker from Karma To Burn, but in effect the bands entire career.

As normal it’s instrumental – mostly – there is one song here with lyrics and MV might have a limited grasp of Italian, but by crikey we can work Google translate, so we can tell you that “Uccidendo un Sogno” the female led track, means “Killing A Dream”. We can also tell you and we don’t need Google for this, that “Mountain Czar” is superb.

Able to do more with a simple riff than most bands can do in a whole career of lyrics, K2B keep things simple, and if in the build up to the record they’ve talked about not knowing where they fit in because they aren’t stoner rock and they are some Kyuss like desert thing either, then it barely matters because what they’ve done is plough their own wordless furrow rather magnificently.

As per standard, the instrumental ones don’t mess about with titles, so the strident groove of “Sixty-Two” bursts it into life, “Sixty One” lets it’s hair down a little more adds a dirty, fuzzy quality, and “Sixty” takes every riff QOTSA ever wrote and shows them how they should have done it.

The key to the brilliance of this is in the spoken word intro to the Wild West infused “Sixty Three”. Two men having a – you guess – a duel. One of them going on a lengthy preamble. Then, three gunshots and a voice saying: “When you have to shoot, shoot, don’t talk.”

As a metaphor it’s not subtle, but like this EP, it’s bang on target.