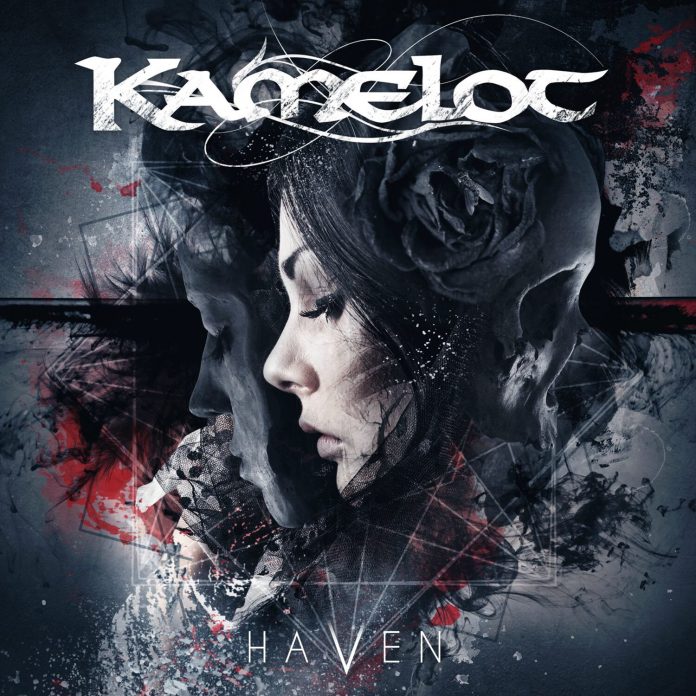 
It’s always odd when listening to a Kamelot record to remember that the core of the band is American. The sound that the Floridians deal in belongs on this side of the Atlantic. Nine times out of ten, grandiose melodic power metal doesn’t come from the Tampa Bay Area. The tenth time is Kamelot.

Like the 2012 record “Silverthorn” the 11th album of their career features the vocal talents of Tommy Karevik (Ayeron), and where the last record was a little of a step into the unknown – given that no one knew really how they’d fare without the long serving Roy Khan behind the mic – “Haven” has a familiar feel.

It has all the hallmarks of a Kamelot record, that is to say that it oozes class and is very polished – indeed it can on occasion feel a little clinical as if not a note is out of place, but unlike “Silverthorn” it is not an outright concept album. Rather this time, the band say they the record has an undertone of a world going insane. There is a grey cloud that is forming over our world. We are here to find that silver lining with an album that is both dark and melancholy yet uplifting and giving the listener a haven in a world gone mad,” was the explanation.

And largely they make good on that intention. At its best, for example on the recent “Insomnia” single, “Haven” is a record that walks the line between grandiosity and pomposity rather deftly, and with its a jaunty hook to boot. Likewise “Veil Of Elysium” is a superb song, it’s bombastic opening something akin to the soundtrack of Game Of Thrones, and the thumping “My Therapy” is a highlight.

Like most Kamelot output, “Haven” is a record with a number of special guests too. Troy Donockley of Nightwish is here, but it is the two female vocalists that make perhaps the most startling contribution. Alissa White-Gluz of Arch Enemy shows up, not surprisingly, on the heaviest moment here, the stunning “Revolution,” whilst at the other end of the scale Charlotte Wessels of Delain is on the gorgeous ballad “Under Grey Skies” which with its lilting acoustics and pipes provides a wonderful counterbalance.

“Haven” frequently appears to believe it’s the soundtrack to a film. This thought is given more weight by the instrumental title song which concludes the album, as if imagining the credits rolling. It’s not too difficult to see this as “thinking-mans metal” in the same manner as Queensryche, say. Not quite as heavy or as visceral as the “Silverthorn” album, but you sense that “Haven”  was never supposed to be. It is nonetheless a fine example of where melodic power metal resides in 2015.