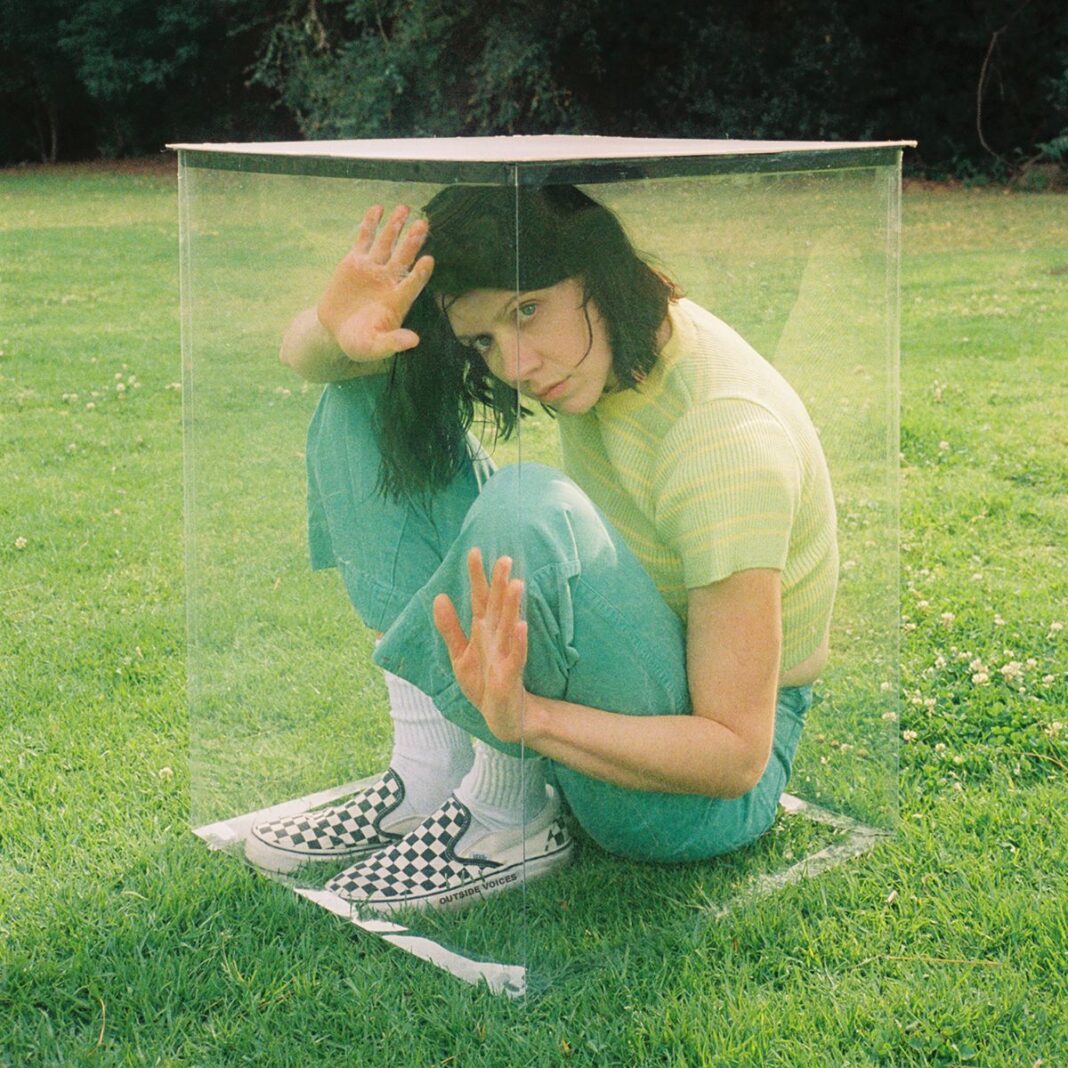 If ever there was an artist who absolutely embodies the reason this website is called “Maximum Volume Music” its  Kristine Flaherty. K-Flay (the name she performs under) has been busy making original music with no thought of whether it fits in or not for ages.

I’ve liked her for years, but even for my – shall we say, “eclectic tastes” – the first thing I reviewed of hers was the “Indoor Voices” EP that came out in the summer of 2021. The reason I hadn’t done her earlier stuff? Well, frankly it was that I thought I couldn’t do it justice. I am a rock, blues, country, punk and prog fan in my mid-40s. What I know about modern alt-pop can be written on a postage stamp.

But here’s the thing: K-Flay’s work is all about inclusion, bringing in the outsiders, making them feel included, so it kind of doesn’t matter whether you get “it” or not. And then, there’s the not inconsiderable fact that what she does is so compelling that you really can’t ignore it.

The five song follow-up to “….Voices” is “Outside Voices” and its very much a companion piece. Dealing with her mental struggles in the absolute raw, there’s something more accessible about “Nothing Can Kill Us”, there’s a strident guitar line, an electro pulse of the drums, and the way KF delivers the vocals as if she’s whispering in a confessional. Until that is, the ebullience of the chorus.

“I’m Afraid Of The Internet” is the best of the lot, of course, regular readers will know of the fact that I am the only person (probably) who owns a website (and away from this makes his living by getting one found on Google) that hates the internet. In that respect, she’s very much kicking an open door, but the way she does it, the stream of consciousness last verse, is sensational. The line “its hard to maintain an innocence when the world is showing you it’s dick” is perfect. And speaking as someone who unfollowed a friend of mine who posted a topless picture the other week, I understand it. I am not cut out for this world, I guess. The way she does it over an airy, almost Wannadies pop thing is typical of her untypicalness (not a word, I know) too.

The most personal of the lot, and the most superbly fragile is “Maybe There’s A Way”, and there’s a bit in this where she says (note, not sings) the words “I forgive myself for living” and if you understand, then I empathise and I am sorry at the same time.

“Weirdo” is more anthemic, a kind of middle finger, be who you want to be to the world. The type of thing that will resonate with someone somewhere and isn’t a million miles from a 90s alt rock thing. Think Wheatus or something, while the last one “Caramel And Symphonies” deals with rejection with what we must call, at this point, trademark and unflinching honesty.

The woman herself says this: “”Outside Voices is the counterpart to Inside Voices. It’s me pausing, taking a moment to reflect on the chaos of the world and of myself, and considering how I might be able to temper that chaos. How I’ve been complicit. How can I change? How can I find beauty in pain? This whole double EP project is an exercise in non-repression in airing my own bits of shame and vulnerability in the hopes that other people connect to those feelings too.”

They will, they have. That’s why I’ve reviewed them both, but never mind what they mean, as such (that’s a personal thing) its more that these are brave, original and superbly conceived songs.