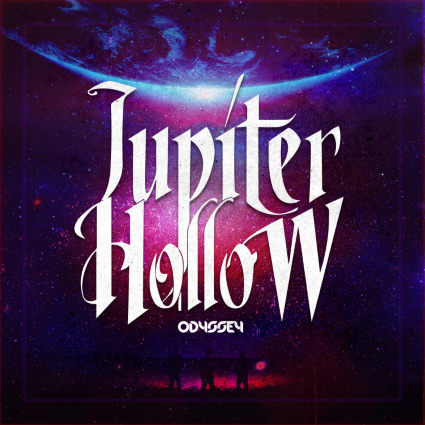 When a prog band emerges with their debut EP and the two people in it are 18 and 21 respectively, you are more than entitled to feel old.

When a prog duo emerges with as much talent as Jupiter Hollow you are entitled to feel excited about the future.

First things first, Jupiter Hollow are a two piece from Ontario, Grant MacKenzie (guitar, bass, synth), Kenny Parry (vocals, drums, synth/keys) and its also fair to say they have more than a hint of Rush about them.

Now it would be tempting to think that this is just some lazy journalistic reaction to a Canadian  prog band, but on this occasion it isn’t (honestly). Listen to the vocals on “Deep In Space” and you would be forgiven for thinking it was Geddy Lee, but then, you would also be forgiven for thinking there was about 20 of them in the band so mighty is the sound they make.

What is getting is so excited about them though, is that they simply won’t be typecast. “Ascending” is gorgeous and lush – reminiscent of another Canadian, Devin Townsend’s recent work – while “Over 50 Years” is all angular, downtuned guitar riffs in the vein of Tesseract and when they combine the heavy riffery with  grandiose intent like “Hades Heart” (check out the way Parry sings the pre chorus here) they are basically unstoppable.

And its this grasp of the past, allied to forward looking intent that sets Jupiter Hollow apart. The title track is widescreen, ambitious slow building thing  – and the use of clean vocals (almost exclusively) throughout the EP is to its eternal credit and saves it from going down the achingly modern route most young bands disappear towards.

The really scary thing is the new album is already in the works. A band this brimming with ideas will at some point in their careers deliver a masterpiece. This is an incredible start.