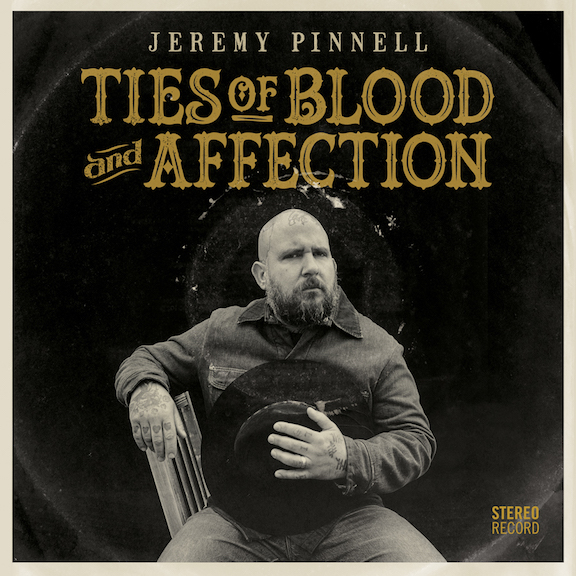 Kids today probably won’t believe MV, but we swear its true: The Simpson’s used to be funny.

There was an episode of the show (which thanks to Google we can tell you came out 20 years ago) when they went to New York, and when she gets tickets for a show, Marge says: “You know, when I was a little girl, I always dreamed of being in a Broadway audience!”

Fast forward to 2017 and there is a musical equivalent: “If life don’t get better,” sings Jeremy Pinnell, “I’m alright with this….”

The point being that contrary to what the media, magazines and Lord knows what else tell you, you don’t have to strive for what you haven’t got, or set extravagant goals, sometimes its just enough to get on with the humdrum and find the joy in what you have.

The nine songs that make up Pinnell’s second record, “The Ties Of Blood And Affection” are a – you hesitate to use the phrase – celebration of the normal. It is for all of those, like MV, who dreamed of watching their team play in the cup final rather than play in it themselves.

Opener “The Ballad Of 1892” features the first line “laid up in the house full of hookers and wine” and is a classic country chugger in the mould of the songs on that Elvis Country album your mum had that first got you into the sound, and the rest of the record ain’t about to back down for anyone.

“Take The Wheel” adds the feel of the Sons Of Anarchy Club House over its key point of “I forgot how much I loved music, cos for so long I thought I might lose it” and that sense of joy seems to infuse the collection.

Certainly, it’s there in “Feel This Right” (key line: “some call it pay day, I call it paying bills”) and so content is Pinnell on “Different Kind Of Love” that you only wish him well, and “I Don’t Believe” is most probably the catchiest song about religion that has been committed to wax.

Pinnell understands the history of what he does and the record is little short of a masterclass in modern country. But it is one that is content to stand amongst the greats too, “Best I Could” is a wonderful example.

“Ain’t Nothing Wrong” is squarely in the honky tonk and perfectly happy with it’s lot, and it wouldn’t be much of a stretch to imagine Shooter Jennings doing “The Way We See Heaven”, the brilliant closing cut on a wonderful collection.

One of the couplets in its chorus reinforces the whole ethos of the album too. At the Pearly Gates Pinnell enquires where his friends are.  The answer comes back: “they’re in the fire below, and don’t you worry that’s where you’ll go.” He’s undeterred, explaining what he’ll reply to St Peter,  “I’ll say, hey man that’s alright, y’see. Least I’ll be with the ones that really love me.”

The subtext of this is clear. You can hate your job, you can have little money, you can lead what seems to be a boring life, but sometimes that’s enough. All those who think like that, might just have found their soundtrack. “Ties Of Blood And Affection” is one of the country albums of 2017. It is quite brilliant.